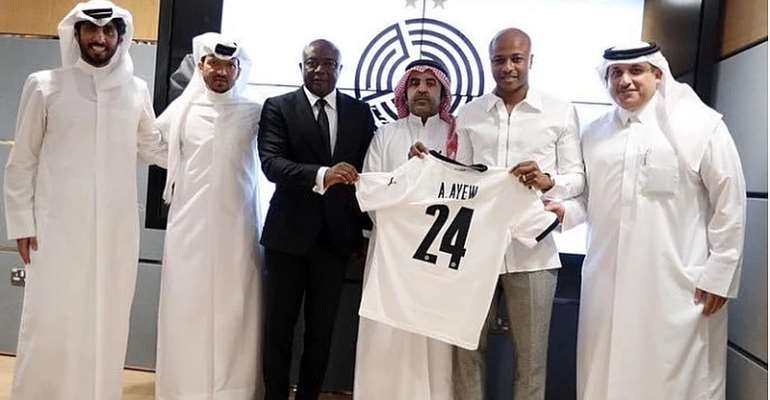 Solar Ayew, the uncle of Andre Ayew, has defended the forward's decision to move from Europe to the Middle East to continue his playing career.

The Ghana captain joined Qatari side, Al Sadd on a two-year deal after leaving Swansea City.

Andre has been slammed and criticized following his decision to play in the Middle East, having played all his career in Europe.

However, his uncle believes players must think about a big pay cheque at some point in their careers.

“It could be that the Qatar move will be the luck the country needed to ensure we win a title in the coming years and I believe something good will come from it,” Solar Ayew told Kumasi based Ashh FM.

“It’s the dream of every footballer who believes has achieved it all in the game to move to secure the money, and that is the case of Andre too.”

He added: “This is not the first time the family has seen someone move to Qatar, considering Abedi Pele and myself once played there before moving to Europe. It’s not something new in our family.

“Sometimes situations make us take certain decisions so we all support him to play in the country. It’s not about his form but about enjoying football in Qatar.”

Ayew is reportedly set to earn around $220,000 a month following his move to Al Sadd as a free agent – an amount that is tax-free.

Al Sadd are the current champions of the Qatari Stars League, having won the title in the just ended 2020-21 season.