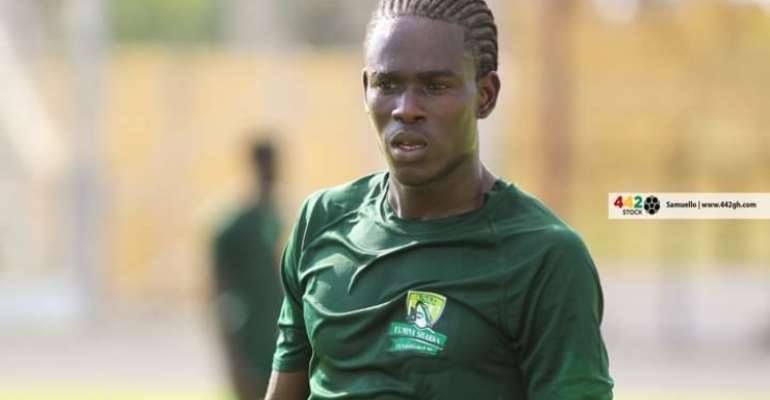 Kumasi Asante Kotoko have started discussions to sign Benjamin Boateng from Elmina Sharks ahead of the 2021/22 Ghana football season.

The Ghana Premier League powerhouse are seeking to improve their squad after ending the 20210/21 campaign trophyless.

According to reports, the club is in talks with the Sharks to sign the lanky forward.

Boateng finished as the club's top goalscorer with nine goals and four-man of the match awards.

Kotoko have identified the forward as a priority ahead of the new season.

The Porcupine Warriors lost the Premier League title to their rival, Hearts of Oak and finished on the 2nd position with 57 points.

Kotoko have also failed to defend their MTN FA Cup after exiting at the quarterfinal, losing 4-5 on penalty shootout against Berekum Chelsea.