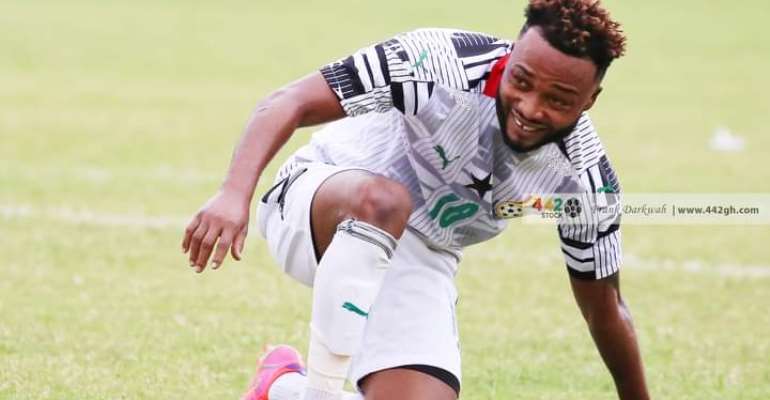 Accra Great Olympics captain, Glason Awako has revealed he almost gave up on playing for the senior national team, the Black Stars.

Awako was phenomenal and propelled the club to finish in the top ten on the league log.

Due to his excellent outing, CK Akonnor, who is the head coach of the club invited the 26-year-old ahead of Black Stars final 2020 Africa Cup of Nations [Afcon] qualifiers against South Africa and Sao Tome.

Awako was introduced to the game against Sao Tome at the Accra Sports Stadium and was lauded by the media and the fans, a game that ended 3-1 in favour of the Black Stars.

According to him, the invitation came to him as a surprise, revealing that he almost gave up on his dreams of playing for the national team.

"I almost gave up on playing for the Black Stars after returned to Ghana," he told Asempa FM.

He also added that he was impressed with his performance against Sao Tome.

"As a player, I was quite impressed with my performance because that was my first game for the team and from the reactions from the fans, it tells me I did well and I will keep working hard," he added.

Awako was part of the Black Satellites team that won the 2009 U-20 FIFA World Cup in Egypt, beating Brazil on penalty shootout.