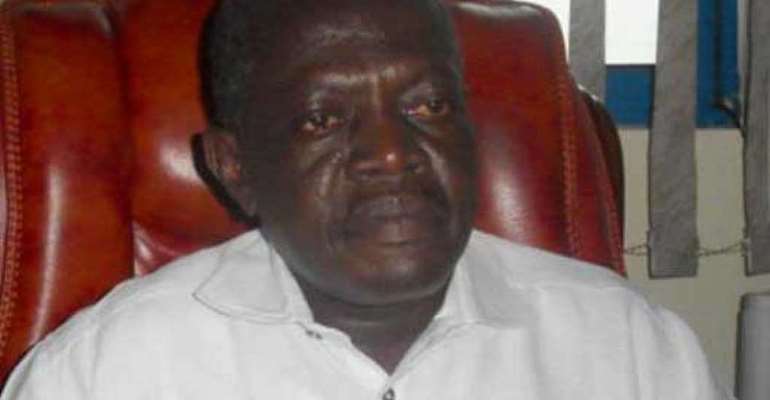 Bechem United bankroller, Kingsley Owusu Achau, says he is aware of the existence of a cartel of high-profile football administrators and other personalities in the country who are involved in recruiting club officials and players into a betting syndicate.

According to him, the infiltration of a betting syndicate which decides the outcome of Ghana’s league matches is real, and that until the Ghana Football Association (GFA) swiftly intervened to ban the use of its products by betting companies, the Premier League could soon be heading into the abyss.

Speaking to the Graphic Sports in an exclusive interview, the owner of Bechem United shared a personal experience about how a top Premier League club manager, who also operates one of the betting companies in the country, approached him for the enlistment of Bechem United onto the betting syndicate.

This revelation followed the GFA's investigations into the alleged match-fixing between Ashantigold and Inter Allies which ended 7-0 at the Obuasi Stadium last week after Inter Allies defender, Hashim Musah, had scored two own goals in order to spoil a predetermined 5-0 scoreline allegedly arranged by a betting syndicate.

“I can tell you on authority that you will be surprised if you hear the names of some management guys in big positions who are doing this; it will shock you more because they feel that they can get money to pay their bonuses,” he further revealed.

Agama, as the Bechem boss is popularly called, said that betting allegations must not be treated lightly because it was a ring of cartels involved vis-a-vis the fact that the kind of results recorded at our league centres these days are sometimes mindboggling.

“You look at what has happened at Obuasi and it’s not the only case. There are other cases of this betting, and they know. You get some funny scorelines and you don’t know why, because officials, management and players are all involved”, he stressed.

“I was shocked to hear a particular person in football who is doing this, and I said if it has gotten that far then it is dangerous because it is a very serious issue and we have to work towards it,” he charged.

The successful businessman also recalled how he was persuaded by the cartel with all kinds of enticing offers, including securing sponsorship for his club, as well as earning a periodic lump sum payment just to get his club enlisted, but he rejected the offer because the syndicate would then decide the results of his club's matches.

“It means that they have many clubs in their fold. So, assuming Bechem United is their product and Elmina Sharks is also their product when the two are going to play they will determine the outcome,” he explained.

“Some of the players are doing it with players of the opposing teams and in some cases the management brings the deal and says that it (the game) must be 1-1 and that is the most dangerous thing.

“You’ll be shocked to hear the names involved; big guys - the team owner himself with his management team will tell you that this should be the scores,” he alleged.

Mr Achau said the remedy to this canker was for the FA to make the use of the Ghana Premier League for betting illegal, with severe sanctions being meted out to those who flouted the law, otherwise the situation would worsen by next season.

“What I am saying is that we should outlaw our league being used for betting purposes. Let's make it illegal that anyone who uses our league for betting will be taken to court for heavy fines," he suggested.