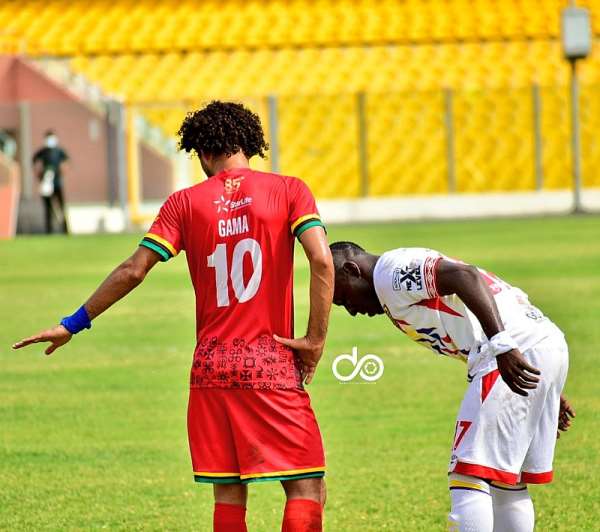 Asante Kotoko midfielder, Fabio Gama Dos Santos has extended his congratulations to Hearts of Oak for emerging as Champions of the 2020/2021 Ghana Premier League season.

The midfielder from Brazil signed for the Porcupine Warriors club in 2020 prior to the start of the football season to provide a squad boost after the club’s move to sign Ghana legend Asamoah Gyan failed.

Unfortunately, the side was beaten to the title by bitterest rivals Hearts of Oak at the end of the season.

Today in a post on his Facebook wall, Fabio Gama has congratulated the Phobians for the league triumph and says it was never his intention to disrespect the club earlier in the season when he denied knowledge of the team.

“I also want to congratulate Accra Hearts of Oak on the title of Ghana Premier League, and it was never my intention to disrespect them,” the Brazilian said in his post.

Meanwhile, Fabio Gama has expressed his appreciation to the CEO of Asante Kotoko Nana Yaw Amponsah, as well as Directors and fans for the opportunity to play for the club.