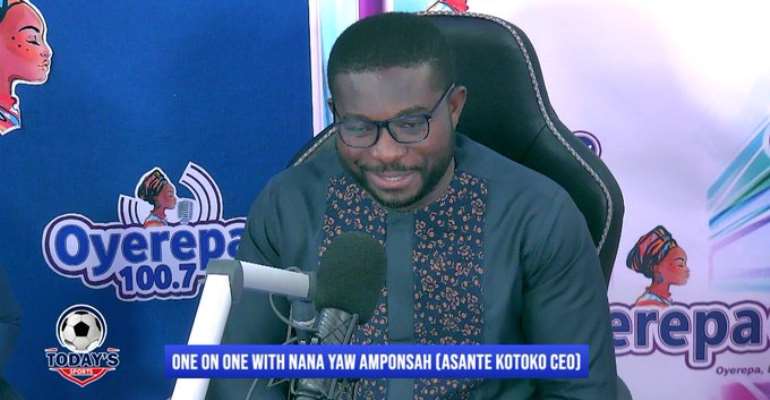 Nana Yaw Amponsah has revealed that he turned down a juicy job in the United Kingdon to take over Asante Kotoko as the Chief Executive Officer [CEO] of the club.

The young football administrator was unveiled as the CEO of the Ghana Premier League side in August 2019.

Nana Yaw Amponsah was linked to the English Championship side, Queens Park Rangers before his appointment.

After Asante Kotoko ended the 2020/21 football season trophyless, the 2019 Ghana Football Association presidential aspirant has been criticized by some section of the fans.

However, in an interview with Kumasi-based Oyerepa FM, Nana Yaw Amponsah has confirmed that he turned down an offer from a club in the UK just to accept the Asante Kotoko SC job.

"There's a club in the UK that wanted to employ me as director of football but I rejected the offer to take over Asante Kotoko," he said.

Asante Kotoko opted to use the Obuasi Len Clay Stadium as their home grounds for the second round of the season.

Nana Yaw Amponsah also revealed that the club pays an amount of GHc10,700 per gam to use the edifice.

Gov't hands over seized rosewood to Trustees of National Cat...
57 minutes ago