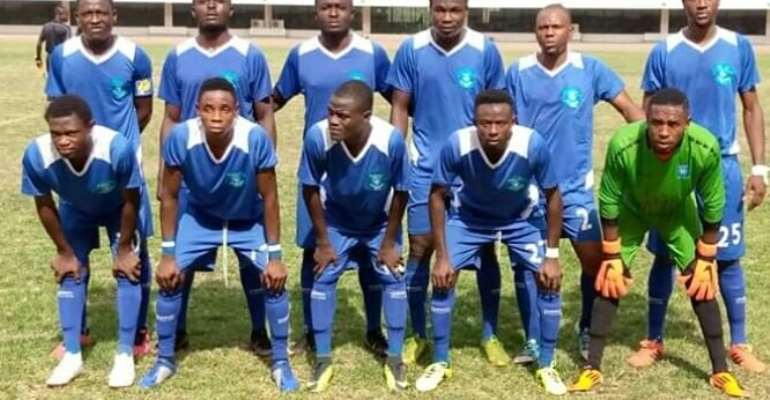 Real Tamale United has staged a return to the Ghana Premier League after beating Unity FC 2 – 0 at the Aliu Mahama Sports Stadium on Sunday, 25th July, 2021.

They won the Division One League (Zone 1) with 65 points ahead of Bofoakwa Tano with 63 points.

The Sunyani-based club drew 0 – 0 against rivals Breakum Arsenal at the Golden City Park.

RTU, one of the elder clubs was relegated to Division One League 10-years ago after 33-years in the Ghanaian elite football competition.

The club after one year in the second tie league made a quick come back to the GPL but suffered another demotion to the Division after the 2012/13 season.

RTU will now prepare for the 2021/22 Ghana Premier League season which is expected to commence possibly in September 2021.

Meanwhile, Bibiani Gold Stars and Accra Lions from Zone II and III have also earned promotion to the Ghana Premier League next season.