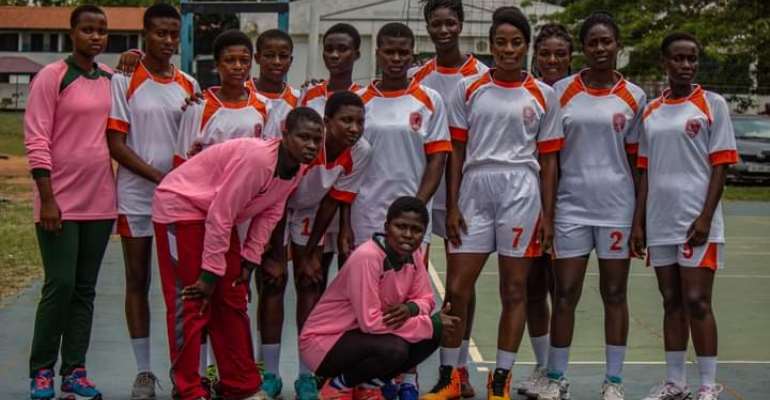 The Greater Accra Handball Association on Saturday wrapped up the first round of the 2021 GAHLCA League Cup Knockouts with 5 matches at the Prisons Handball Court.

Out of the five matches, two games came off in the women's division.

Winneba Unique Fingers took on Ghana Fire Service in the last women game of the first Knockout stage. The Fante giants and second runner-up of the 2021 GAHLCA Championship quenched the heat of the fire fighters from the beginning of the game to the end with 30-13 scoreline. WUF's number 4 was the goal queen with 12 goals.

Kasoa base Kasland began the men's division against Kaneshie Royals. Kasland ended the first half with a goal deficit. The second half of the game was keenly contested as both sides were determined to qualify but Kasland leveled the second line which saw 10 minutes of the game half in draw. They fought hard and brushed aside Kaneshie Royals with a final scoreline of 21-18 and booked a place in the quarter finals. 8 goals from Kaneshie number 17 was the highest score. It will be on record as their first major victory.

2019 International Gala Champions battled it out with Winneba Unique Fingers later in the afternoon and lost to them in the first half with a goal difference of four (13-17).

Fast breaks, stealing of balls with good defence was the order of the game in the second half. It was a tensed atmosphere as both teams were technically good, physically strong with good pace which gave the referees some good run of the day.

The 2019 Central Regional Handball League Champions fell flat to their opponent in the dying embers of the game which paved way for them to turn the table in their favor with the same dose of goal deficit in the first half.

Cantonment cruised to the quarter finals with a scoreline of 30-26. In all, thirteen 7 meters (Penalties) were awarded to team Cantonment, WUF on the other hand had one 7 meter.

Ghana Fire Service defeated Osu Fingers by 32-21 goals in the final game of the day.