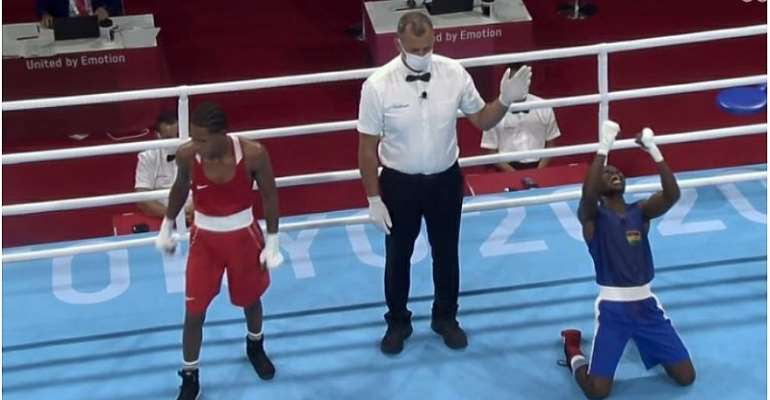 Ghanaian boxer, Sulemanu Tetteh has progressed to the round of 16 of the Tokyo 2020 Olympics boxing event after beating Marte de la Rosa Rodrigo of the Dominican Republic in the Flyweight division.

Tetteh recorded a split decision (3-2) victory on Monday to edge closer to the medal zone.

The Black Bombers captain, who made a slow start to the fight won the last two rounds after falling behind in three of the five judges’ scorecards in the first round.

He showed great composure and technical ability to overpower his opponent in a keenly contested fight.

Three of the five judges scored in favour of Tetteh, while two scored for Rodrigo.

Next in action will be Ghanaian boxer, Samuel Takyi, who will come up against Jean Carlos Pachito Caicedo from Ecuador on Wednesday, July 28.