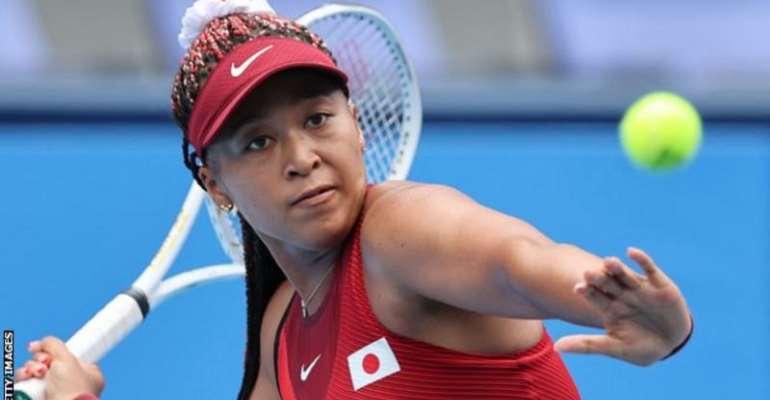 Japan's Naomi Osaka cruised into the third round of the Tokyo Olympics women's singles with a 65-minute victory over Viktorija Golubic.

She will face either Marketa Vondrousova or Mihaela Buzarnescu for a place in the quarter-finals.

There were speedy victories for Garbine Muguruza and Anastasia Pavlyuchenkova.

Osaka took an eight-week break prior to the Games in order to protect her mental health.

She described making her comeback in the Olympics as being an "interesting" experience.

"The flag is next to my name no matter what tournament I play, but I feel like the scale of this is much bigger," she told American TV.

"It's something I've been waiting for eight years."

World number one Novak Djokovic is in action later on Monday in the men's event, while Britons Jamie Murray and Neal Skupski compete in the men's doubles.