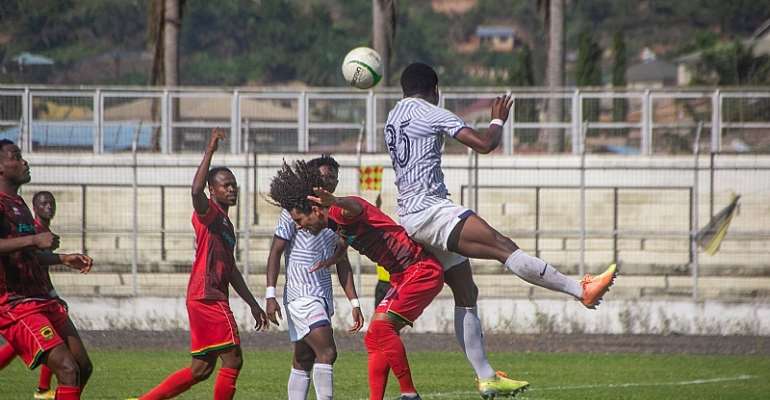 Ghanaian giants, Asante Kotoko have been knocked out of this season’s MTN FA Cup competition after losing on penalties to Berekum Chelsea on Sunday afternoon.

The record Ghana Premier League champions today hosted the Blues at the Obuasi Len Clay Sports Stadium to fight for a win to earn the right to progress from the quarter-finals to the last four stage.

Although the Reds would dominate play throughout the 90 minutes, the team failed to score, forcing the encounter to be decided in extra time.

In the extra 30 minutes, a resolute Berekum Chelsea side kept Asante Kotoko at bay to force the tensed contest to be decided via the penalty shootout.

Emerging as the better side after the nervy lottery, Berekum Chelsea carried the day with a 5-4 win to advance to the semi-final stage at the expanse of Asante Kotoko.

The team from Berekum now has to prepare to take on Ashanti Gold SC in the quarter-final stage.

For Asante Kotoko, the team has ended its season on a sad note after failing to win any of the available trophies.