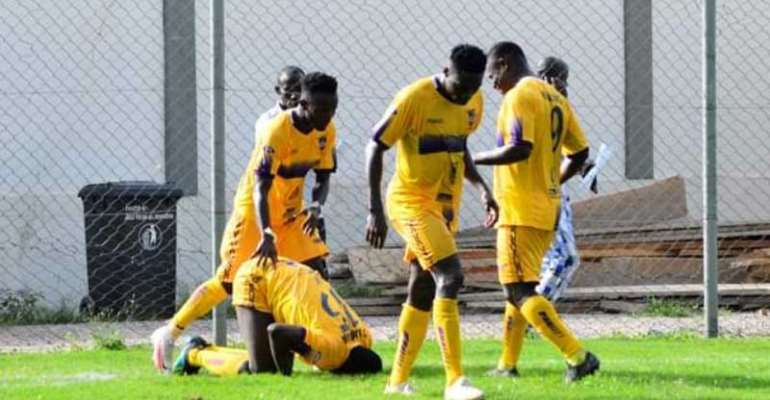 Ghana Premier League side, Medeama SC have defeated Attram De Visser by three goals to two to book a place in the semi-finals of the MTN FA Cup competition.

The Yellow and Mauve outfit today hosted the lower-tier club at the Akoon Park to battle it out for a win in the quarter-finals for a ticket to the last four stage.

In an entertaining first half, Medeama SC led at the break courtesy of a strike from winger Benjamin Arthur.

After recess, Attram De Visser came in strong but it was the hosts that scored again through prolific striker Amed Toure to double their lead.

Holding on to hope, the away team kept pushing and scored with a strike from Anim Joshua to stay in the game.

Going on to equalize again later in the game, Attram De Visser forced the game to end in a 2-2 draw after 90 minutes to push the encounter into extra time.

Unfortunately, they didn’t have the men to go the distance with Prince Opoku Agyemang converting a penalty kick to secure a 3-2 win for Medeama SC at the end of the contest.

The winners are now set to take on Ghana Premier League Champions Hearts of Oak in the semi-finals of the MTN FA Cup.