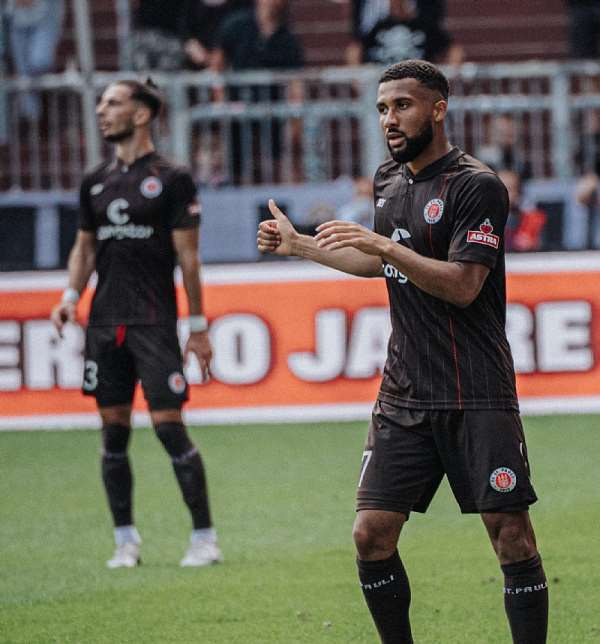 German-born Ghanaian attacker, Daniel-Kofi Kyereh scored for FC St. Pauli on Sunday afternoon when the team thrashed Holstein Kiel on the opening game of the 2021/2022 season.

The two clubs competing in the German Bundesliga 2 today clash at the Millerntor Stadion to battle for the first three points of the season.

Currently, one of the top players in the FC St. Pauli team, Daniel-Kofi Kyereh was handed a starting role to help the team chase the win.

Starting off on a bright note, the home team scored after just 11 minutes of play through Leart Paqarada to ensure they had the lead at halftime.

After recess, FC St. Pauli continued to dominate play and equalized in the 62nd minute to double their lead.

Attacker Finn Becker set up Daniel-Kofi Kyereh who scored with a fine effort. Going on to score a second later in the game, the Ghanaian unfortunately saw his goal ruled out for offside.

In a game where the forward lasted 86 minutes of the action, he bowed out with a rating of 6.8 with an impressive passing accuracy of 80%.

On the matchday, Guido Burgstaller scored in added time to seal the big 3-0 win for FC St. Pauli against Holstein Kiel.

Daniel-Kofi Kyereh just like last season will be expected to play a key role for his side this season as they push for promotion to the German Bundesliga.