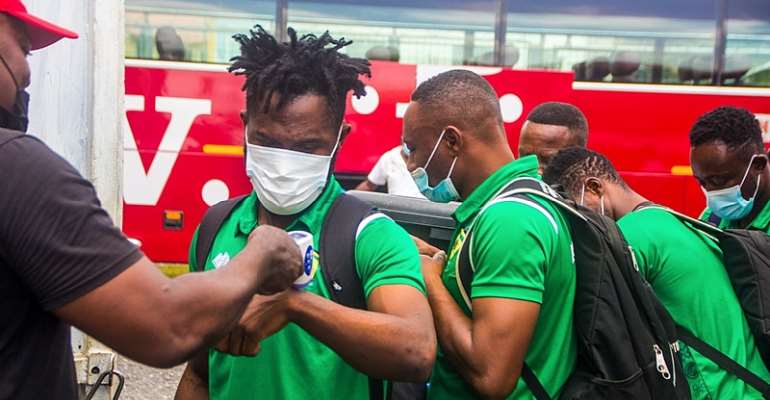 The Porcupine Warriors after losing the Ghana Premier League title to rivals Hearts of Oak are now chasing the MTN FA Cup to ensure they get to play in Africa next season.

Today, the team is taking on fellow Premier League club Berekum Chelsea in the last eight of the 2020/2021 domestic cup competition.

Set to face a tough opposition, Asante Kotoko head coach Mariano Barreto has named a strong team to compete for his side.

For the first eleven, highly-rated shot-stopper Razak Abalora has been picked to man the post and will have a back four that has Wahab Adams as the most experienced defender.

Brazilian Fabio Gama is partnering with Emmanuel Keyekeh in the midfield with Solomon Sarfo Taylor and Emmanuel Gyamfi leading the attack.

The match will kick-off at 15:00GMT at the Obuasi Len Clay Sports Stadium:

Find below the Asante Kotoko team to face Berekum Chelsea this afternoon: