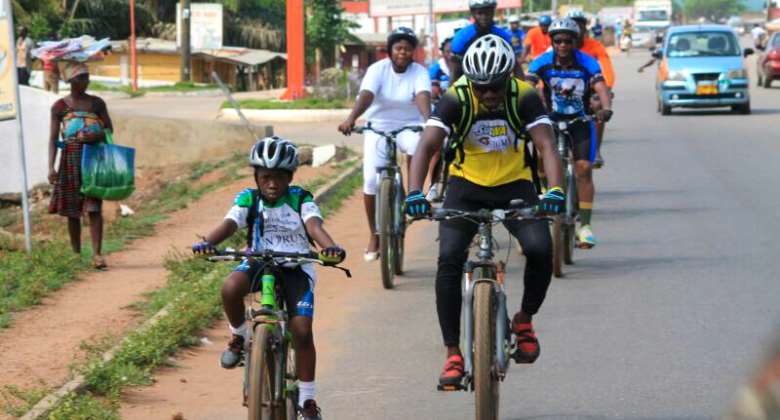 The Africa Connect Cycling Club, ACCC, led by its president Mr Richard Agu has revealed plans of including young cyclists in its squad.

According to the club, it will focus on cyclists between the ages of 12 to 18 years.

This, it said will help augment the clubs objective of improving on cycling from the grassroot level.

ACCC are the organizers of the prestigious End of Month challenge ride in Ghana.

They are also the pioneers of the first-ever west Africa challenge ride dubbed "RideAfrique".

The maiden edition which came off in Ghana saw over 200 bikers across Africa participating. The winners were awarded accordingly.

Young cyclists who are interested are advised to visit the club's portal for registration.