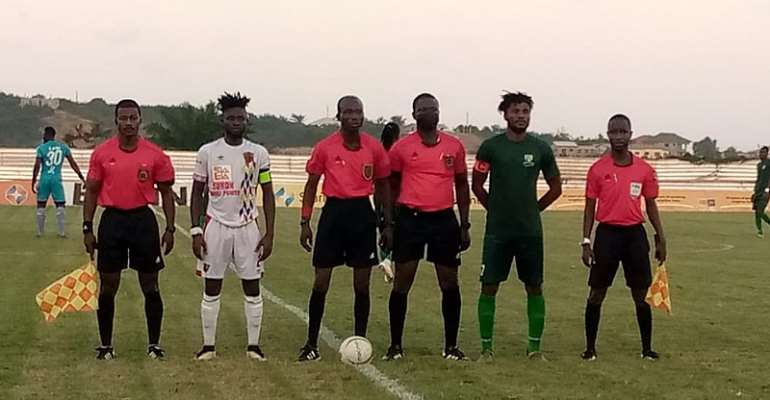 Ghanaian giants, Hearts of Oak have advanced to the semi-finals of this season’s MTN FA Cup competition after defeating Elmina Sharks 1-0 on Sunday night.

The capital-based club after emerging as Premier League Champions has now set sight on clinching the domestic cup title to complete what will be a delightful double.

Today at the Paa Kwasi Nduom Park, Hearts of Oak faced tough opposition in Elmina Sharks when the two top-flight clubs locked horns in the quarter-finals of the MTN FA Cup.

On the back of a goalless draw at the end of a tense 90 minutes, both teams proceeded to extra time to chase what will be a winning goal.

With Hearts of Oak making its quality in depth count, the team scored through defender Caleb Amankwa four minutes into the second period of extra time.

On the matchday, the defender equalized after converting a direct free-kick in expert fashion.

Courtesy of the win, Hearts of Oak are through to the semi-finals. The League champions will face the winner of the other quarter-final game between Medeama SC and Attram de Visser.