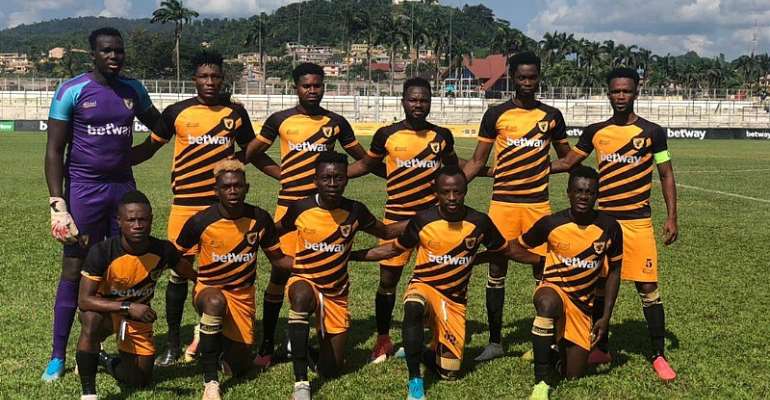 Ashanti Gold SC have progressed to the semi-finals of this season’s MTN FA Cup competition after defeating Top Talent FC 4-2 in the quarter-finals.

On the matchday, the Miners dominated play and took the lead after just 16 minutes of play when Frank Akoto equalized with a fine effort.

Later on, Opoku Agyemang also scored to double the lead for Ashanti Gold SC before Kwadwo Amoako’s own goal in the 35th minute halved the deficit for Top Talent FC before the break.

In the second half, Paul Asare and Amos Addai both found the back of the net of the visitors to give the home team a three-goal lead.

Despite Prince Kofi Sarkodie netting a second goal for Kintampo Top Talent FC in the dying minutes of the game, Ashanti Gold SC still won convincingly by four goals to two to advance to the semi-finals.

The win is a delight for Ashgold SC with the team keen on winning this season’s MTN FA Cup competition to earn the right to play in the CAF Confederations Cup competition next season.