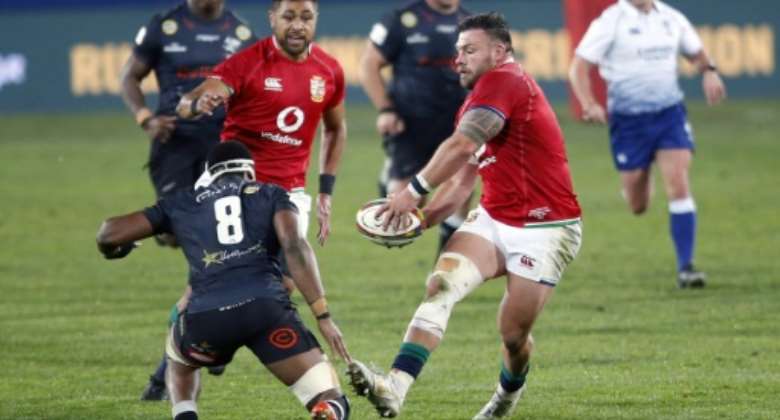 British and Irish Lions prop Rory Sutherland (R) passes the ball during a tour match against the Sharks in Johannesburg on July 7. By Phill Magakoe (AFP)

British and Irish Lions loosehead prop Rory Sutherland has been promoted from the bench to the starting line-up for the first Test against world champions South Africa in Cape Town on Saturday.

The Scot replaces Wales' Wyn Jones, who was forced to withdraw after injuring his shoulder during a training session on Thursday.

England prop Mako Vunipola takes the place of Sutherland on the bench.

"It is really bad luck for Wyn and we all feel for him missing out on tonight's game," said Lions head coach Warren Gatland.

"However, we are confident he will be back in training next week and have no plans to bring in anyone else at this stage."