Andre Ayew: My goal is to win titles with Al Sadd SC 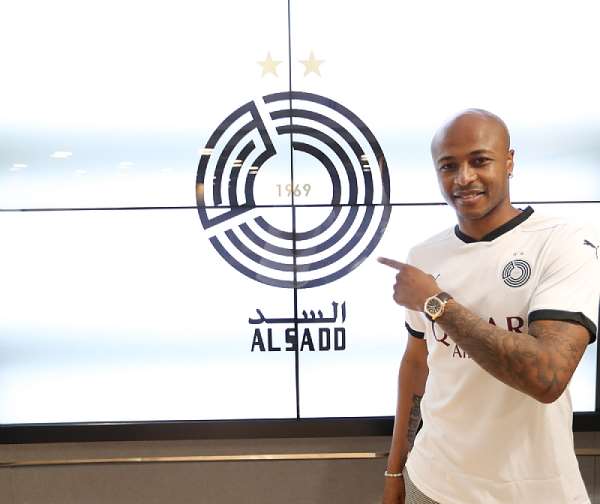 Ghana captain, Andre Ayew has disclosed that his goal after joining Al Sadd SC is to help the club win trophies.

The former Olympic Marseille talisman on Thursday sealed his anticipated move to the Qatari giants in a pumper deal that sees him follow in the footsteps of his dad, the legendary Abedi Pele.

Speaking in his first interview after joining the club, a delighted Andre Ayew says he wants to win trophies with Al Sadd SC to make the supporters of the club happy.

“Proud to join Al Sadd SC. My father helped me make the decision.

“My goal is to win titles, to make the Al Sadd fans happy, and to strive hard to win the AFC Champions League,” Ayew said as quoted on the Twitter page of the Qatari side.

Andre Ayew, 31, is set to work under Barcelona legend Xavi Hernandez who is the head coach of Al Sadd SC.

The forward last season played for Swansea City in the English Championship where he scored 17 goals.