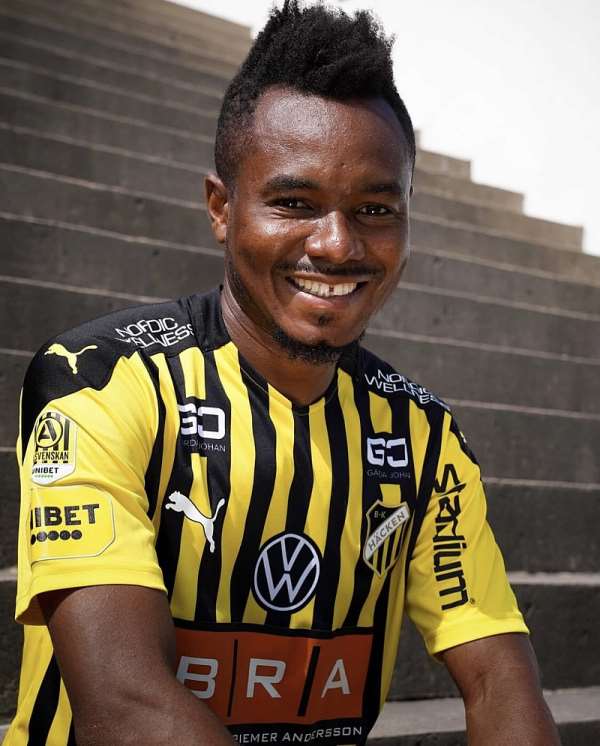 Ghana forward Nasiru Mohammed says he is excited after completing his move back to Swedish club BK Hacken.

The exciting winger at the end of the 2020/2021 football season ended his stint in Bulgaria with Levski Sofia as he had his contract terminated.

In the last few weeks, the attacker has been training with former club BK Hacken ahead of a possible deal.

Today, the Swedish club has announced that they have reached a deal to sign Nasiru Mohammed on a one-year contract that could be extended when it expired.

Speaking after signing the deal, the Ghanaian winger says it feels great to be back at a club he sees as his home.

“It feels great to be able to come home to BK Häcken again, I have been looking forward to this ever since I started training with the team again. I am very happy that everything is ready now and really look forward to playing in front of our supporters at Bravida Arena again. I have missed that,” the 27-year-old said as quoted on the website of the club.

Nasiru Mohammed added, “I think I have become a better player during the time in Bulgaria, I learned a lot there and gained valuable experience. I hope to be able to contribute and help us make a strong autumn season.”

The attacker is expected to play a key role for BK Hacken in the ongoing Allsvenskan season.