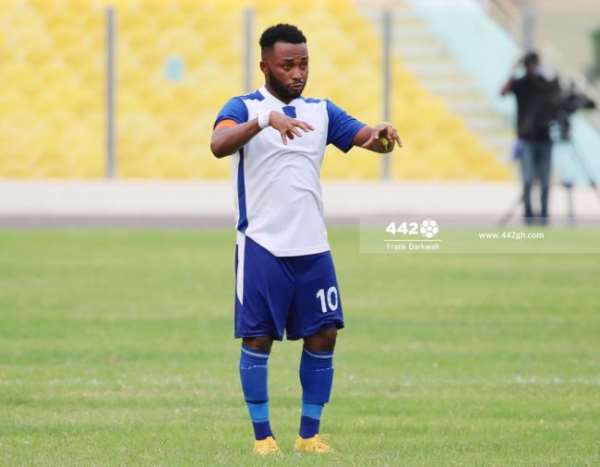 Accra Great Olympics captain, Gladson Awako has confirmed his interest to join Hearts of Oak ahead of the new campaign.

The former Berekum Chelsea and TP Mazambe midfield kingpin was impressive in the just-ended campaign with the Dade club.

Awako scored some important goals for the club and bagged six man of the match award.

However, multiple media reports suggest that Hearts of Oak are in talks to sign the midfielder ahead of their Caf Champions League participation next season.

“I am ever ready to join Hearts of Oak. I am a footballer and that is my work," he told Accra based Atinka FM.

“If I feel moving to Hearts of Oak will help my career why not.

“Even Harry Kane is moving from Tottenham Hotspurs just to get the chance to play in the Champions League," he added.

Awako earned a call up to the Black Stars under CK Akonnor due to his impressive outings.

MMDCE appointments shouldn't be seen as job for the boys' - ...
33 minutes ago