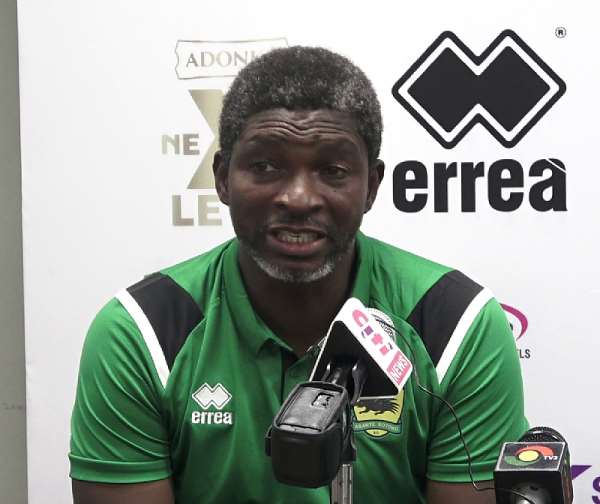 Kondu was shown the exit in December after matchday 4 of the just ended Ghana Premier League.

After losing to Great Olympics at the Accra Sports Stadium, the Nana Yaw Amponsah led management parted ways with the former Black Stars assistant coach, a decision that attracted a lot of criticisms from the fan base.

Quizzed if he harbours regret about sacking the former Wa All Stars gaffer, the young administrator reiterated he has no regret.

According to him, the winning rate of Maxwell Konadu was not impressive and that led to the decision of his sacking.

"At the time we were sacking him [Maxwell Konadu], his win percentage was not good but Mariano Barreto's win record is good and it's around 70 and 80 per cent and at the end of the season, we will access him and if he has not met our target, we will make a decision," he added.

Following the sacking of Kondau, the Porcupine Warriors appointed Portuguese manager, Mariano Barreto as a permanent manager on a one and half year deal.

Conflict 'behind us', Ivory Coast's Ouattara says after gree...
33 minutes ago