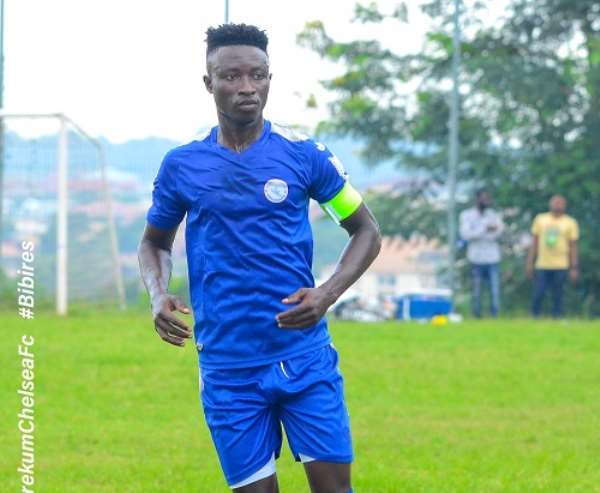 Berekum Chelsea have set a price tag of $50,000 on talisman Stephen Amankona amid interest from fellow Ghana Premier League clubs.

The highly-rated attacker impressed for the Blues throughout the 2020/2021 Ghanaian top-flight league football season.

At the end of the campaign that saw Hearts of Oak being crowned Champions, Stephen Amankona was one of just a handful of players that scored more than 10 goals.

While clubs look to reinforce their respective squads ahead of the 2021/2022 football season, Medeama SC and Dreams FC are all reportedly bent on signing the attacker.

Today, sources say officials of Berekum Chelsea are ready to listen to offers but will only sanction a transfer of the player if a club is willing to pay not less than $50,000.

He has always been a key player for Berekum Chelsea and is counted among the most consistent attackers in the division.

Conflict 'behind us', Ivory Coast's Ouattara says after gree...
47 minutes ago