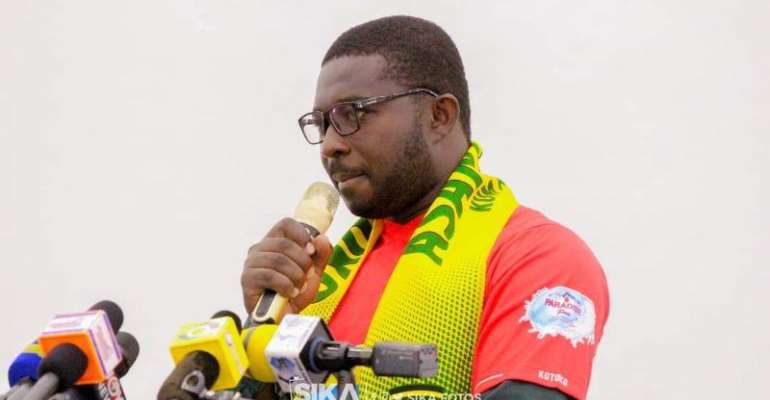 Nana Yaw Amponsah has been cleared by the Disciplinary Committee of the Ghana Football Association [GFA] to continue his job as the Chief Executive Officer [CEO] of Asante Kotoko.

The young football administrator has been exonerated together with other shareholders and directors of Phar Rangers after the appeals committee of the GFA overturned the decision of the disciplinary committee to ban the club’s directors and shareholders.

The initial ruling meant that Nana Yaw Amponsah would have vacated his position as the CEO of the Porcupine Warriors and miss the opportunity to vie for Ghana Football Association’s presidential elections slated for 2023.

However, Phar Rangers have been demoted to Division Three and further banned from partaking in the FA Cup in the next two seasons.

Nana Yaw Amponsah was named as the CEO of the Ghana Premier League record winner in August 2019.

Below is the full statement by the Ghana Football Association.