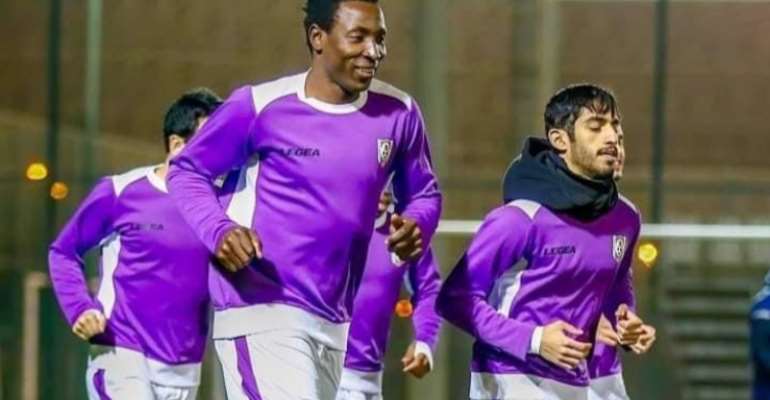 The bulky forward joined the Asian side in October last year from Hearts of Oak prior to the commencement of the just ended 2020/21 Ghana Premier League season.

The 26-year-old started really well in the Qatar second-tier netting twice in his opening three matches but a hatrick against Mesaimeer SC early this year ensured he extended his goal tally to six in the just-ended season.

After the Qatari side, Kofi Kordzi has been linked to his former side, Hearts of Oak.

The Phobians are seeking to boost their squad for their 2021/22 Caf Champions League participation.

The ex- Royal FC hitman was present at the Ohene Gyan Stadium when his former club narrowly defeated their arch-rivals Asante Kotoko in the league decider weeks ago.

Kordzi emerged as Hearts of Oak's top scorer scoring six goals in 14 matches in the 2019/20 season which got truncated by the novel coronavirus pandemic.