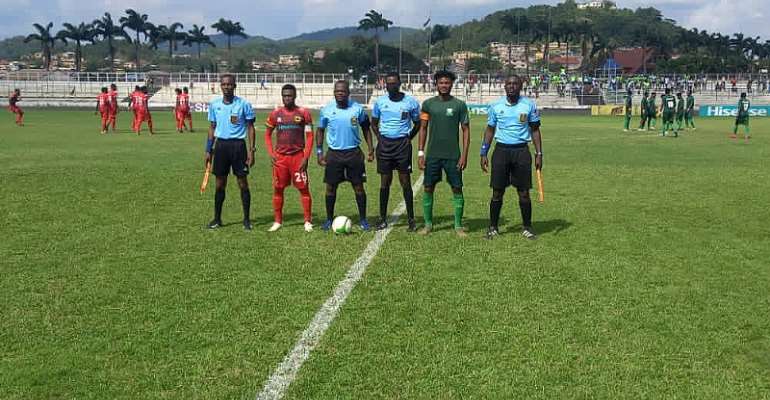 Record league champions, Asante Kotoko are finishing second at the end of the 2020/2021 season despite losing by a goal to nil to Elmina Sharks on the final weekend.

The Porcupine Warriors after losing to Hearts of Oak last month have failed to win in any of their last three matches.

At the end of a fierce contest, the visitors amassed the crucial points on the back of a 1-0 win.

On the matchday, in-form attacker Tahir Mensah netted the only goal of the game to save Sharks from being relegated from the Premier League to the National Division One League.

Despite the defeat, Asante Kotoko still finishes second on the league table, four points behind Champions Accra Hearts of Oak.

Meanwhile, Inter Allies, Liberty Professionals, and Ebusua Dwarfs have been relegated at the end of the season.