GHPL: Inter Allies, Liberty, and Ebusua Dwarfs relegated at the end of 20/21 season 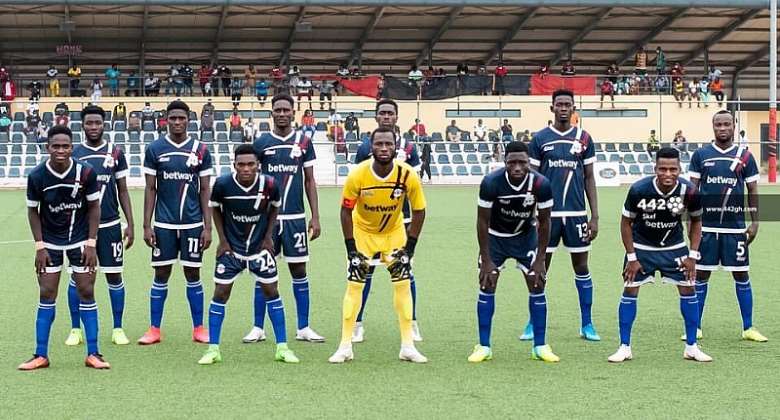 Liberty Professionals and Ebusua Dwarfs have suffered relegation from the Ghana Premier League alongside Inter Allies FC at the end of the 2020/2021 football season.

On the back of exciting action from last year, the Ghanaian top-flight league has finally come to a close this weekend.

On Saturday, July 17, 2021, Inter Allies FC bowed out of the league with a humiliating 7-0 defeat to Ashanti Gold SC at the Obuasi Len Clay Sports Stadium.

Today prior to the final round of games, as many as four teams risked being relegated should result from games not go their way.

At the end of all the remaining six matches on matchday 34 of the Ghana Premier League, Liberty Professionals and Ebusua Dwarfs have joined Inter Allies.

Unfortunately for the two teams, the points amassed on the final day of the season have not been enough to save either of them from relegation.

Teams that have escaped relegation on the final day include Legon Cities FC, Elmina Sharks, and King Faisal.