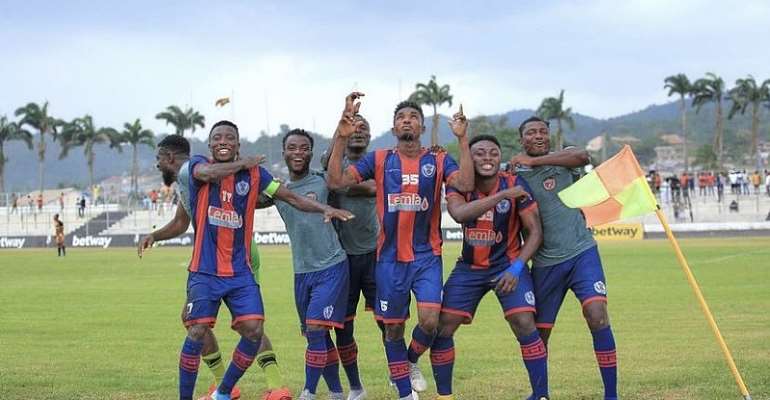 Legon Cities FC are set to play in the Ghana Premier League next season after defeating Eleven Wonders 3-2 on Sunday afternoon to escape relegation.

The team hosted the opponent from Techiman at the Accra Sports Stadium today knowing that they will be relegated if they drop points.

Failing to start the game well, Eleven Wonders stunned Legon Cities FC after seven minutes into the first half when George Osei Amponsah scored to shoot the visitors into an early lead.

While Francis Addo would draw level for the hosts in the 33rd minute, in-form attacker Ganiu Abass scored in the final minutes of the half to power Eleven Wonders into the break with a deserved 2-1 lead.

Unfortunately, the away team could not hold on after recess. Goals from Hans Kwofie and Matthew Anim Cudjoe did the trick for Legon Cities FC as the team came from behind to record a needed 3-2 win at the end of the game.

Courtesy of the results, the team has escaped relegation.