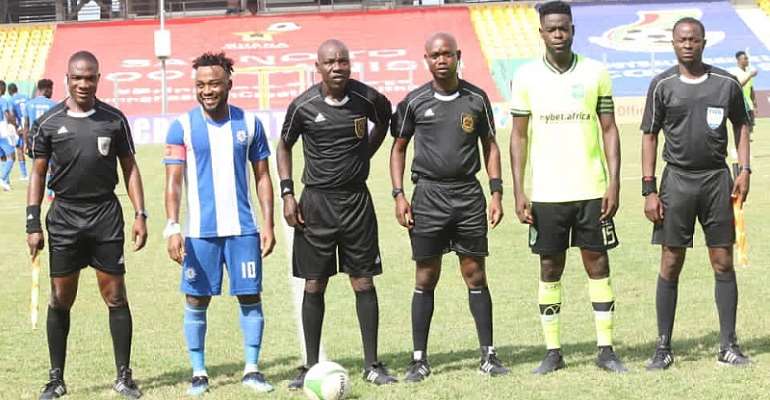 Great Olympics have finished the 2020/2021 Ghana Premier League season on a high after posting a delightful 2-1 win over Dreams FC on Saturday afternoon.

The two teams since the start of the Ghanaian top-flight league campaign have endured a fairly decent spell.

On the back of struggles in key parts of the season, both teams missed out on challenging for the league title.

Today at the Accra Sports Stadium, Great Olympics hosted Dreams FC in a matchday 34 encounter of the game.

While both teams fought to amass the maximum points, it is the home team that triumphed at the end of the 90 minutes.

On the matchday, goals from Abdul Manaf Mudasiru and Phillip Sackey in the 43rd and 55th minute respectively handed Great Olympics the win while Issah Ibrahim grabbed the consolation for Dreams FC.

Meanwhile, Hearts of Oak have been crowned Champions despite losing 1-0 to WAFA SC on the final day of the season.