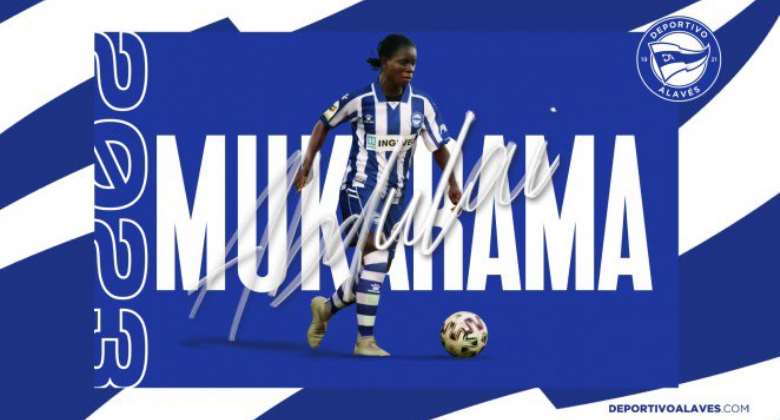 The Primera División B outfit is keen on securing promotion to the top-flight league at the end of the 2021/2022 football season and has set sight on reinforcing its squad this summer.

“Deportivo Alavés and Abdulai Mukarama have reached an agreement whereby the Ghanaian forward will become a new Albiazul player for the next two seasons,” a statement from the Spanish club announced on Friday.

It continued, “Abdulai Mukarama [Ghana, 2002] occupies the forward position and comes to the Gloriosas from Northern Ladies FC. Last season she competed in LSU Soccer, the American university league, where she managed to be the top scorer of the championship," added the club.

“The Ghanaian attacker has international experience as the captain of her national team, being one of the top references of the 'Black Maidens' scoring 12 goals in the preliminary competition of the African zone for the FIFA U-17 Women's World Cup Uruguay 2018.”

She featured in the school’s women’s team and helped the side to achieve a lot of success in the past year.

The talented forward is delighted with the move to Deportivo Alaves Femenino and eager to debut for the team.