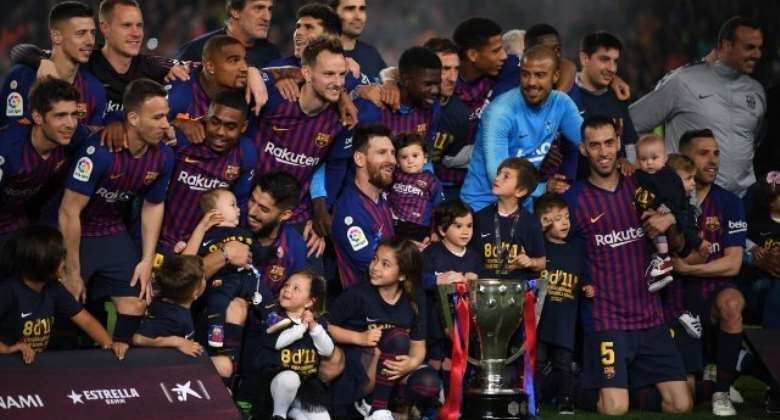 Football clubs have produced some real legends who have transcended the game and will live on in the hearts of football fans for the rest of their lives. Steven Gerrard at Liverpool, Frank Lampard and John Terry at Chelsea, Thierry Henry at Arsenal, and currently Lionel Messi at Barcelona are just a few examples. It's no doubt tough to replace these kinds of players in their positions, and it requires a strong personal brand to accomplish it.

Arguably the greatest manager of all time, Sir Alex Ferguson once said, "Attack wins you games, and defense wins you titles." Every successful football team is largely reliant on its defense.

It is undeniable that replacing a legend like Carlos Puyol has been one of the most difficult tasks Barcelona has yet to do. Despite the fact that Barcelona has had defensive greats like Eric Abidal, Ronald Koeman, and Rafael Marquez, Carlos Puyol stands out as the finest centre back the club has ever produced.

After joining Barcelona Junior side at La Masia in 1995, Carlos Puyol transitioned from attacker to midfielder before becoming a full-fledged defender. He made his first team debut under Louis Van Gaal in a 2-0 away win against Real Valladolid in 1999 as a 21-year old.

Carlos Puyol's impressive performances on the pitch, as well as his leadership on and off the field, were acknowledged by the team when he was named club captain at the end of the 2003-2004 season, following the retirement of Luis Enrique. He went on to lead Barcelona for ten years (spent 15 years in the first team).

Puyol was noted for his dominating presence in the air, his ability to read the game, and his fierce dedication and toughness as a defender, especially while battling for the ball.

He was named La Liga's Breakthrough Player of the Year in 2001. In 2006, he was named UEFA Club Best Defender. Puyol was also named in the UEFA Team of the Year seven times and thrice in FIFA/FIPro World XI throughout his playing career, among other accolades.

Indeed, replacing a legend like Carlos Puyol is undoubtedly challenging, but with the rebuilding of Barcelona under new Club President Joan Laporta, Barcelona may have found the heir to Carlos Puyol in Eric Garcia.

Born on the 9th day of January 2001, in Martorell, Catalonia. Eric Garcia joined the Barcelona academy in 2008, and throughout his time there, he captained at every level. In 2017, he moved from Barcelona to Manchester City, where he led the U18s while also impressing in the Youth League with the U19s. Eric Garcia made his Manchester City debut at the age of 17 in a Carabao Cup match against Leicester City in 2018 and went on to play 35 games for the club.

He is a natural leader who looked up to Carlos Puyol and Javier Mascherano when he was younger. Garcia was a member of the Spanish U17 and U19 teams which won the 2017 and 2019 UEFA European Under-17 and Under-19 Championships, respectively.

The Spaniard is regarded as one of the best center-backs in the world. Garcia is a technically gifted defender who is at ease on the ball and capable of driving play forward and building plays from the back.

Despite not establishing himself as a starter for Pep Guardiola's City, he became a crucial member of the Spanish national team at the just ended UEFA European Championship.

Under Ronald Koeman's direction, Eric Garcia is expected to restore calmness, tactical knowledge, and leadership skills to the Barcelona defense. He might turn out to be one of the best free transfer deals in the next decade.