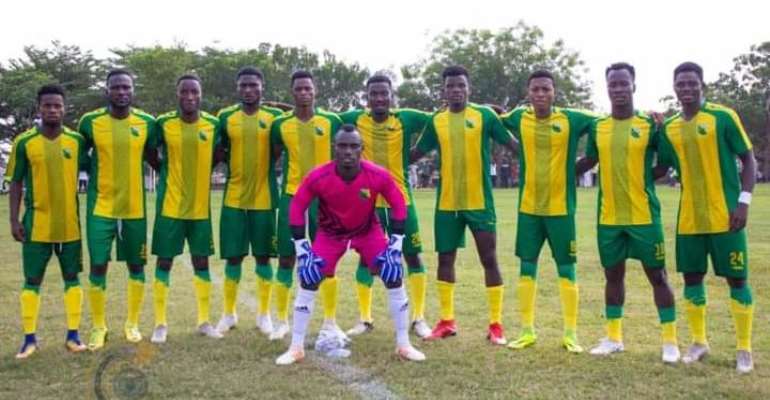 National Division One League outfit, Bibiani Gold Stars have gained promotion to play in the Ghana Premier League next season after drawing goalless with Pacific Heroes on Sunday afternoon.

The club based in Bibiani has been unplayable throughout the 2020/2021 football season.

In a campaign where the team has led at the top of the Zone Two table of the National Division One league, they only needed a point from their game against Pacific Heroes today.

The team just as in previous matches excelled and kept the opponent at bay, earning the needed point from what ended as a 0-0 draw at the end of the 90 minutes.

Courtesy of the result, Bibiani Gold Stars have booked a ticket to play in the Ghana Premier League for the first time in the club’s history in the 2021/2022 football season.

The team has achieved the feat after 27 matches in the Division One League where they have amassed an impressive 61 points.