COPA AMERICA FINAL: Now or Never for Messi and Argentina 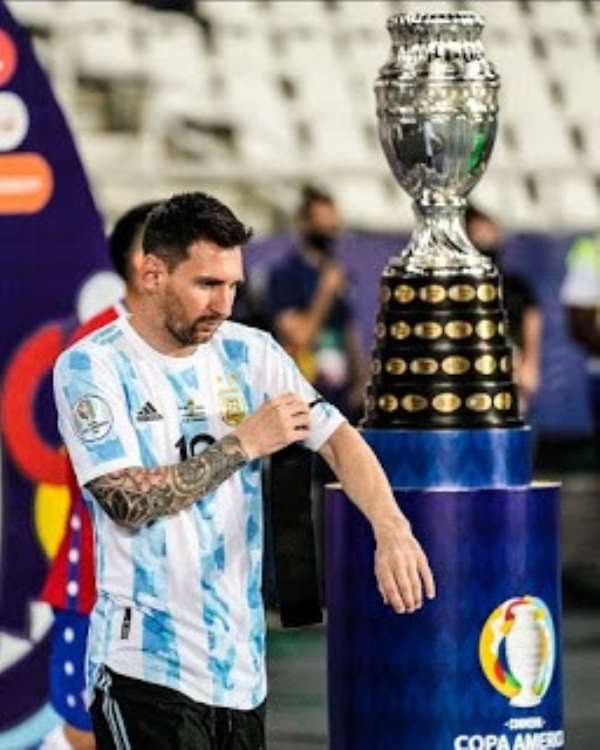 Lionel Messi has led Argentina to the 2020 Copa America final after the Argentines beat Columbia on penalties in the semi final. The match finished 1-1 after 90 minutes and in the shoot-out, the Argentines progressed with a 3-2 win.

The Albiceleste will now face South American rivals Brazil in the Copa America final on Sunday 11 July. The much anticipated clash will see Messi and Neymar go head-to-head at the Maracana stadium in Rio de Janeiro.

This will be Messi’s third consecutive Copa America final appearance with the previous two ending in defeats against Chile and Brazil.

Argentina accumulated 10 points to top group A consisting of Uruguay, Chile, Paraguay and Bolivia. After sharing points in the opening game, they went on to win all remaining three group matches.

The South American giants had a relatively easy 3-0 victory over Ecuador in the quarter final and capped it with an impressive semi final win over Columbia.

In all 6 games played, it is quite notable to see how influential the captain Lionel Messi has been for his side after contributing to 9 of the 11 goals Argentina have scored so far in the tournament. The little magician has scored 4 goals and assisted 5 others. He is currently the top scorer and the only player to have scored a hattrick so far. He is also the player with the most man of the match awards (4).

Since making his debut for his national team in August 2005, Messi has been heavily criticised for his failure to help Argentina to win any major trophy and this Copa America final presents a perfect opportunity to break the jinx.

Interestingly, Argentina as a football nation has not won any major international trophy at the senior level for 28 years and so a huge pressure mounts on the current set of players to make the nation proud this time around.

Argentina will come up against the dreaded Brazil who have themselves been very exciting in the tournament, having won 5 out of the 6 games played so far. Their talisman Neymar seem to be in great form having scored 2 and assisted 3 others.

It’s going to be a thrilling encounter as the rivalry to determine who is the best football nation in South America comes play. More Interestingly will be the reunion of former Barcelona teammates Messi and Neymar who will this time around play against each other.

A school of thought believe this will probably be the very last time Messi will get a chance to lift a trophy for his nation as he is ageing and nearing retirement in few years time.

At age 34, it will be disappointing for the man who has won it all at club level to go another year without winning a trophy for Argentina.

Not only are Argentine fans wishing for silverware, a lot of neutrals are hoping for Argentina triumph because of one man Lionel Messi, who has won many hearts with his splendid display of magic on a football field.

It is now or never for Messi and Argentina to break the jinx of trophy drought and make history for themselves in the Copa America final this weekend.

Hottest Photo Reports
Catch up with all the political quotes from our politicians.
Advertise here
More Opinion
ModernGhana Links
Three reasons why Ghana must talk to former Atletico Madrid midfielder Bernard Mensah out of his decision to quit the Black Stars
EPL or EPL
Ghana Football eclipsed by indecision and procrastination?
Top 6 Ghanaian football starlets to keep an eye on
What next after C.K. Akonnor's dismissal?
FEATURE: Hearts of Oak must start preparation now ahead of CAF Champs League
Baba Rahman: Is there a Chelsea future for Ghana star under Tuchel?
Has Barcelona found Carlos Puyol’s heir?
FEATURE: Plummeting careers of the 2013 Satellites heroes
TOP STORIES

Ghana gets 1.5m AstraZeneca vaccine doses from Germany
44 minutes ago