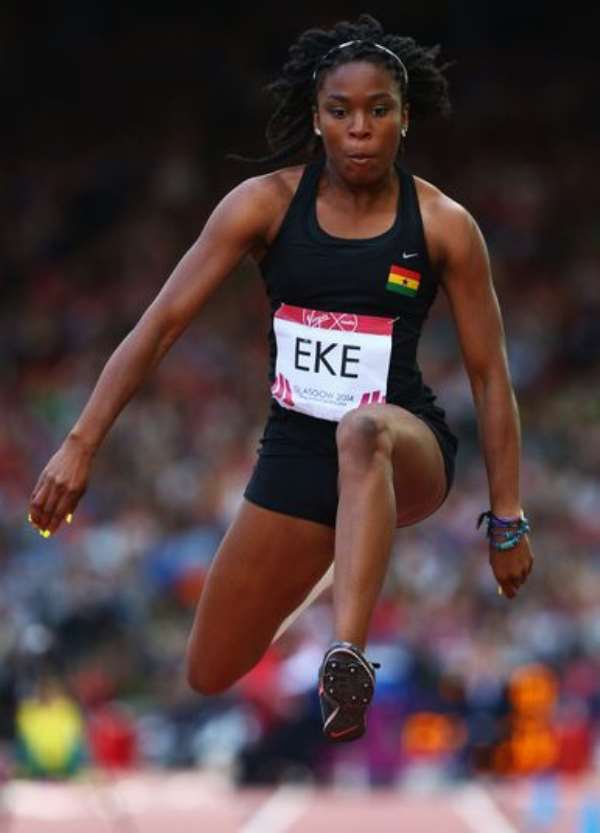 Experienced and pretty Triple Jumper, Nadia Eke is expected to be the flagbearer of Team Ghana at the opening ceremony of the 2020 Tokyo Olympic Games.

According to the Administrative Manager of the Ghana Olympic Committee GOC, Miss Farida Idriss, the top athlete will lead Ghana as they display their rich culture in Japan on July 23.

She also revealed that Sulemanu Tetteh, skipper of the national boxing team who went to the 2012 Games is likely to captain the team.

Meanwhile, Professor Francis Dodoo, President of the Ghana Athletics Association (GAA), has disclosed that the athletes are determined to do well at the Games. Speaking to the media via zoom he said, the athletes are aware of the challenges ahead and are much hungrier to succeed.

“There is no need to put pressure on them. They are poised to deliver but failing to deliver should not be seen as a failure. Ghana’s Track and Field athletes including Joseph Paul Amoah, Benjamin Azamati, Nadia Eke as well as the 4×100 relay team have all qualified for the mega sporting event as they quest to win honours for the country.

The GAA President expressed satisfaction over the preparation of the athletics team and also been able to develop athletes all around the country.

He expressed gratitude to the Ministry of Youth and Sports, National Sports Authority as well as sponsors who had provided support for the athletes in the build-up towards the Games.