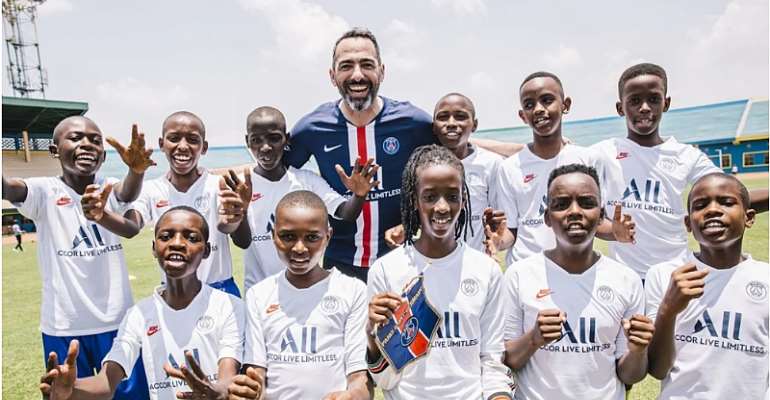 A total of 200 young players are looking forward to gracing the first intake of the Paris Saint-Germain Academy which will start operations in Rwanda in September, the football governing body (FERWAFA) has announced.

The academy is part of a three-year sponsorship deal that was signed in December 2019 between Rwanda and the French football giants.

With the partnership, among other agreements, PSG promotes Rwandan brands and the country as a tourism destination of choice while the academy is specifically part of a unifying project that plays a role in the development of football in Rwanda.

According to a statement released, the PSG-Academy coaching team has since June 21, been looking for the top 200 players that will be trained in the academy based in Huye District, Southern Province.

* I*n August, the coaches will make a final selection before the official launch of the academy.

These children will have the opportunity to train throughout the season in a Rwandan top-tier stadium under the supervision of coaches trained on the methodology of the French club,” the statement reads in part.

The first intake will be defined by recommendations made by the Academy’s team of coaches, in 30 schools from Huye district, to allow as many children as possible, boys and girls, to get this opportunity.

In total, nearly 2,000 children will be observed, including nearly 500 girls.

Besides the talent detection exercise, the coaches’ tour presents an opportunity to unite an entire region around the project, to develop football and its values in Rwanda.

The highly anticipated PSG academy was initially supposed to start operations in September last year, but the plans were pushed to a later date due to circumstances related to the Covid-19 pandemic.