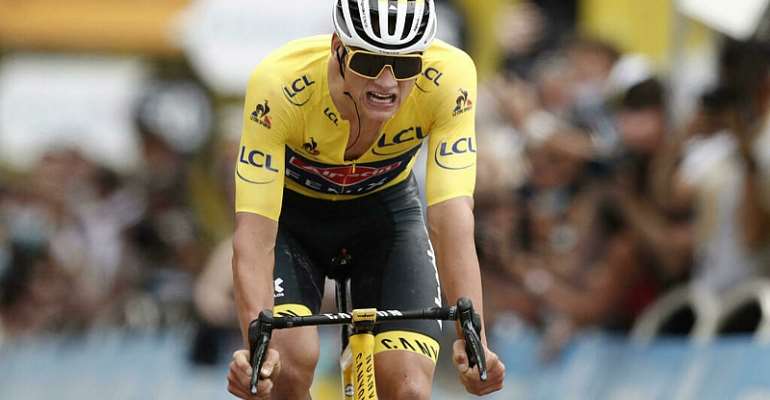 Dutch cyclist Mathieu van der Poel pulled out of the Tour de France on Sunday after his spectacular star turn in the overall lead came to a shuddering halt in the Alps.

Van der Poel's withdrawal came on the same day 2020 runner-up Primoz Roglic decided he'd suffered after last Monday's crash and an embarrassing meltdown on Saturday, when he finished 35min off the pace.

Van der Poel, a Tour rookie, spent six days in the yellow jersey, but now heads to Tokyo and Mount Fuji, where he will go for Olympic gold in his preferred mountain biking discipline.

"My Le Tour de France has already been a success. I'd prefer to race until Paris, I like it here. But we also have to consider my other goals," van der Poel said.

"We took the decision this morning, I'm not starting today's stage," said the 26-year-old Dutchman.

Van der Poel said if it hadn't been for the pandemic he may have been able to get up to form to fully contest both, and made a promise to his fans.

"I'll be back next year with ideas about making it to Paris," he said, in reference to the race finish line.

Cycling in the genes

It took him a Herculean effort. At the finish, he threw himself to the ground gasping for breath before weeping in relief for the settling a debt he'd promised his grandfather, saying "if only he were here."

Roadside fans in France cheered him all the way from western Brittany to the chic ski resorts on the Swiss border where Van der Poel dug deep to maintain his lead, but his large frame means the all-rounder is unable to keep up with the lighter climb specialists in the high mountains.

On Saturday 'VDP', as fans call him, pulled alongside champion Tadej Pogacar and spoke briefly before giving up the chase and the yellow jersey.

Although he had never been expected to win the Tour, he will be long remembered for lighting the fuse on an explosive edition, dominated by adventurous tactics and dramatic racing against an emotional backdrop as France exits lockdown and fans pack the roadsides looking for a hero.

They briefly found one in Van der Poel.

$200 million Saglemi scandal: Funds were not directly given ...
45 minutes ago