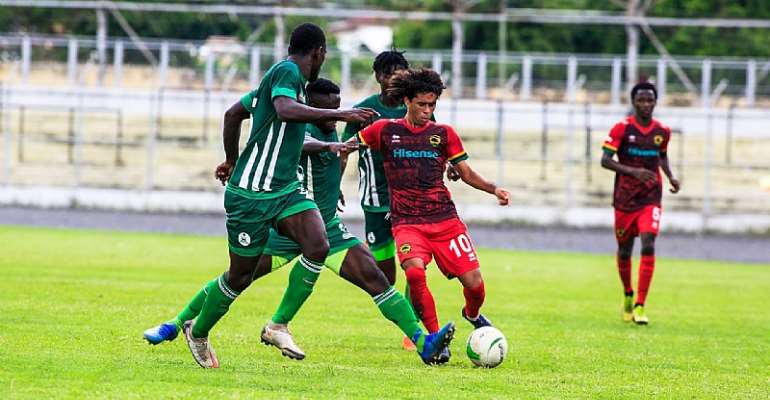 Asante Kotoko dropped points on Saturday afternoon when the team drew 1-1 against King Faisal in the Ghana Premier League.

The Porcupine Warriors today locked horns with their Kumasi rivals at the Obuasi Len Clay Sports Stadium to battle for points on matchday 32 of the campaign.

Needing a win to close the gap on leaders Hearts of Oak, Asante Kotoko hoped to cruise to victory, especially on the back of the narrow defeat to the Phobians last weekend.

Unfortunately, King Faisal came in stronger in the first half, scoring after just 15 minutes of the action through talisman Zubairu Ibrahim to take the lead.

Although the visitors will hold on to go into the break with the lead, a spirited performance from Asante Kotoko in the second half ensured that they avoided defeat.

Substitute Francis Andy Kumi equalized with a header in the 84th minute to force the game to end in a scoring stalemate as both teams shared the spoils one point apiece.

Ablakwa making noise about Akufo-Addo’s flights for politica...
40 minutes ago