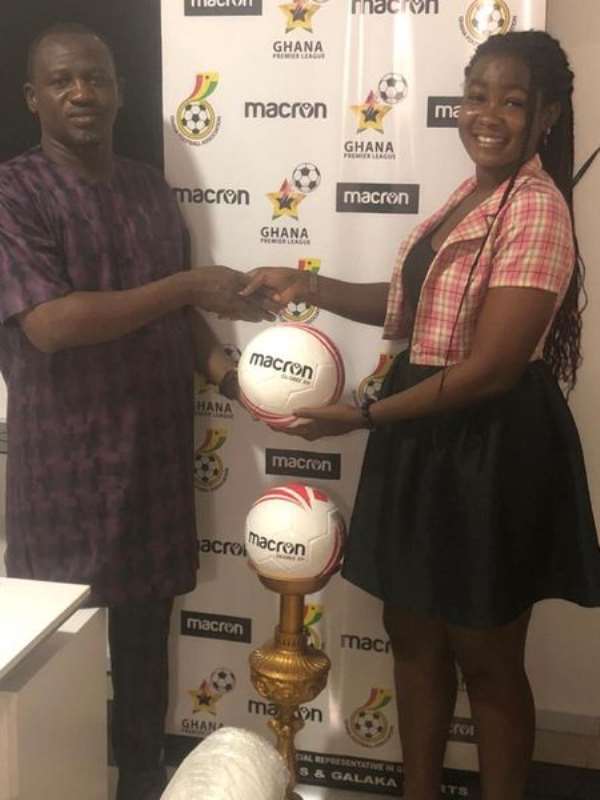 Mr Haruna commended lovers of football for their passion and comportment during the epic match between Accra Hearts of Oak and Kumasi Asante Kotoko at the Accra Sports Stadium.

“l was really impressed and l hail them all. We can still do more and channel it to all the matches in the league. With this promotion we give to our league, trust me our league will be among the best league in the world. This is the only league we have in Ghana and let’s protect it by giving it a good mileage to the general public and the world” he expressed.

“We sponsor all the league clubs in Ghana because we believe in the development of our youth in terms of talent, and we at Macron Ghana Sports knows the Ghana Premier League is among the best league in the world as it was really shown in the Hearts and Kotoko game.

Although we are not on normal terms, fans of various clubs have also contributed to bringing back the love of the game in the Ghana Premier League” he said.

The CEO of Marcon Sports Ghana wished all the league clubs well in their remaining matches.

“May the best club win” he added.