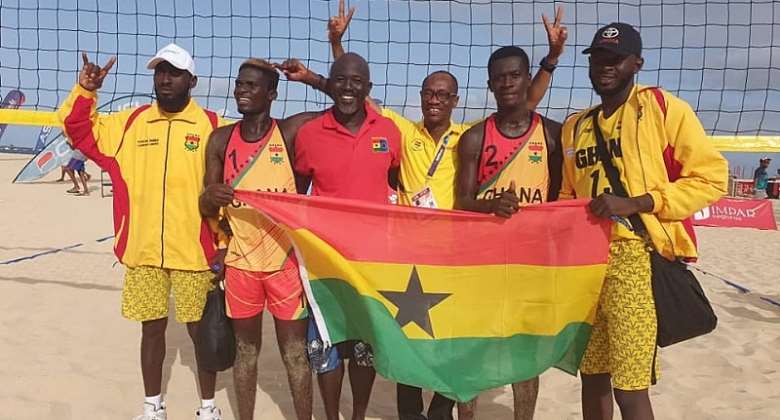 Ghana’s national beach volleyball team is in Morocco to compete in the final qualification tournament the Tokyo Olympic Games.

Iddrisu Bawah, the team manager of the team, told the media that the seven-member delegation from the West African country which consists of four players, a referee, a coach, and a manager are determined to win and represent the continent.

The players are Paul Akan, Amanor Richard, Samuel Essilfie, and Eric Tsatsum, Bright Abletor is the referee with Moro Mumuni as the coach, Bawah said.

“The competition which began on Monday will last for a week,” said Bawah.