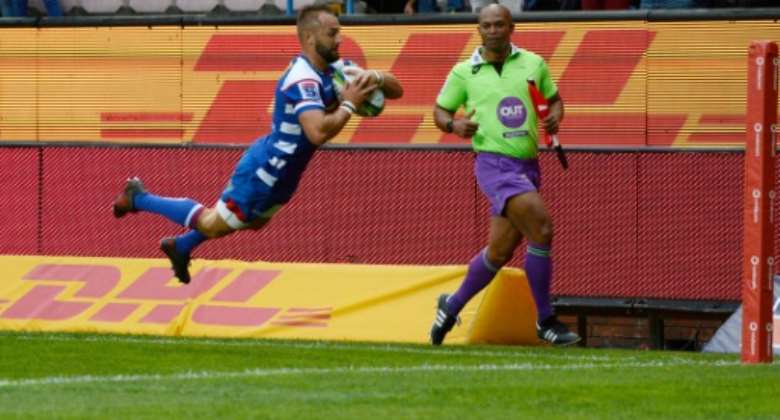 South Africa-born Benetton captain Dewaldt Duvenage hailed a stunning 35-8 triumph for the Italian club over Pretoria outfit the Bulls on Saturday in the Pro14 Rainbow Cup final as an "amazing achievement".

"What a super result," said scrum-half Duvenage, who moved to Italy in 2018 from the Cape Town-based Stormers.

"I am so proud of the boys. Tactically we got it spot on. When the Bulls applied pressure, our defending was magnificent. Everything went right for us."

Bulls skipper and loose forward Marcell Coetzee offered no excuses despite the absence of three stars, including fly-half Morne Steyn, at a Springbok camp and injured captain Duane Vermeulen.

"The players are hurting and feel sorry for our supporters back home. We have to take this loss on the chin and regroup."

Benetton outscored the Bulls by five tries to one and gave a perfect send-off to New Zealand coach Kieran Crowley, who will take charge of Italy next season.

The Italian club lost 15 matches and drew the other in the regular Pro14 season, making their turnaround in the Rainbow Cup remarkable.

Irish provinces Leinster and Munster were expected to dominate the northern hemisphere section of the end-of-season competition, but it was Benetton who topped the table.

The result is a huge wake-up call for the Bulls and fellow South Africans the Sharks, Stormers and Lions, who join Irish, Welsh, Italian and Scottish sides in a cross-hemisphere United Rugby Championship from September.

The South African quartet competed in Super Rugby until last year when New Zealand and Australia opted for domestic and Trans-Tasman competitions as the pandemic restricted travel.

The international mix worked wonders as they built a 20-8 half-time lead and an early second half try from flanker Michele Lamaro stretched the advantage to 19 points.

There was no way back for the Bulls, who have dominated South African rugby since it resumed last September after a coronavirus-induced break.

Benetton camped in Bulls' territory from the kickoff and were ahead within five minutes when Australian winger Monty Ioane went over in the corner.

Fly-half Paolo Garbisi kicked a penalty before the Bulls levelled thanks to a try from Congolese winger Madosh Tambwe and a penalty from fly-half Chris Smith.

South African hooker Corniel Els barged over for a second Benetton try and the hosts went 12 points ahead in first half stoppage-time when awarded a penalty try for a high tackle on Els.

After Garbisi converted the Lamaro try, the young playmaker kicked a penalty, then winger Edoardo Padovani scored to complete the unexpected rout.