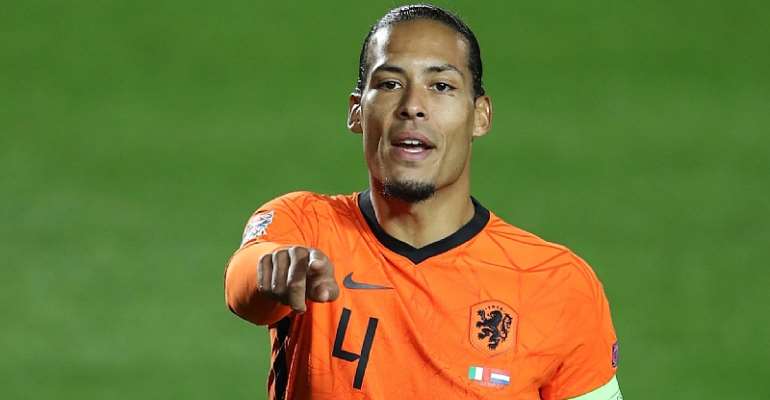 The European Championship kicking off on Friday brings together the continent's best players, but some big names are missing due to injury.

Following are some of the players left out of squads or likely to miss matches:

The Manchester City playmaker underwent a minor surgery after the Champions League final against Chelsea and is unlikely to compete in the opener against Russia.

The Liverpool right back sustained a thigh injury after a friendly against Austria in the beginning of June and will be out for the duration of the tournament.

The Liverpool centre back has been out since November with a tendon injury to his left knee.

The Barcelona goalkeeper will miss the Euros with a knee injury sustained in mid-May.

The midfielder has not been able to play for RB Leipzig since December due to a groin injury.

The Inter midfielder suffered another muscular injury in the final Serie A game of the season, following an injury-plagued 2020/21 campaign.

The midfielder was ruled out for the entire league season with Roma after a cruciate ligament injury in September.

The Liverpool captain has not played since October, after suffering an anterior cruciate ligament injury in a clash with Everton goalkeeper Jordan Pickford.

The Manchester United midfielder has been ruled out until early July with a groin injury.

The striker, who joined Olympique Marseille in January, was removed from the Poland squad after sustaining a knee injury in the last game of the Ligue 1 season.

The Hertha Berlin striker fractured his ankle in May, missing out on what would have been his first major tournament with Poland.

The Real Madrid right-back sustained a muscle injury in late April, which ruled him out for the rest of the season and the Euros.

The left-winger has been out since November with a meniscus injury.

The Spanish veteran injured his hamstring in May. The Euros will be Spain's first major tournament without the defender since 2004.

The Milan striker, who has left his mark on world football for over 20 years, suffered a knee injury in May. He had announced his comeback to the Swedish national team earlier in 2021.