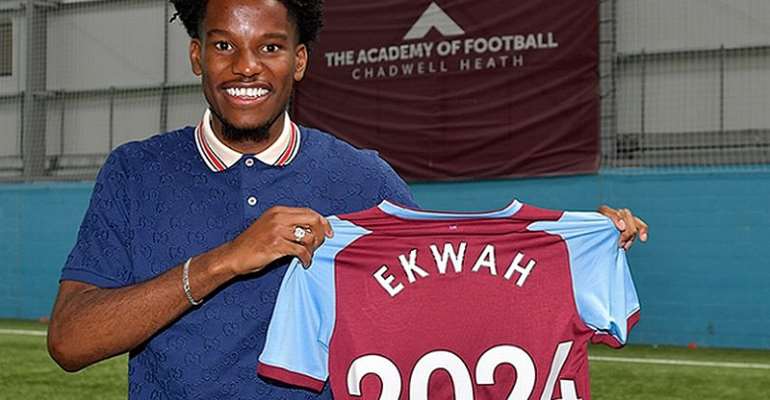 Ghanaian midfielder, Pierre Ekwah has joined Premier League side, West Ham United on a three year deal with an option for another year.

The 19-year-old joins the Hammers from fellow London side Chelsea where he featured for the Under 23 side in Premier League 2.

The bidding midfielder will have preseason with the West Ham senior team as he hopes to cement a place in the Premier League squad for next season.

“I am really looking forward to getting started here. It is a big thing,” Ekwah told West Ham’s official website.

“The under-23s and first team work closely, and I think that young players here have got a good chance of breaking through as they have done in the past," he added.

Born in the French city of Massy to Ghanaian parents, Ekwah has represented the European nation at Under 16 level.

Academy Manager Ricky Martin explained: “Pierre was identified by our recruitment department as a potential new addition for the U23s squad.

“We had an opportunity to assess him at the end of last season and, following that, we’re really happy to offer Pierre a new opportunity at West Ham with this contract.

“Everyone here wishes him a very successful career in East London.”

“Ghana is a prime, ripe destination for doing business” – Ak...
17 minutes ago