Players returning to their parent clubs with high expectations 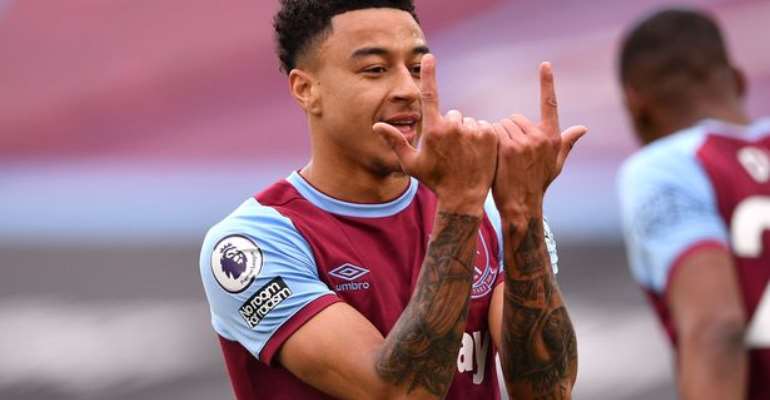 It's always been a hit-or-miss strategy when it comes to signing players on loan. Young players are frequently loaned out to gain regular playing experience.

Teams frequently loan out fringe or underperforming players in order to give them a fresh start elsewhere. Players' confidence can rise during loan periods, and they often return to their parent team with a higher market worth.

Player loans have benefitted a number of clubs and the players themselves.

Jurgen Klinsmann to Tottenham in 1997-98, Romelu Lukaku from Chelsea to Westbrom in 2012, Carlos Tevez from West Ham to Manchester United in 2007, Fernando Morientes from Real Madrid to Monaco in 2003, and Thibaut Courtois from Chelsea to Atletico Madrid in 2013 are just a few examples of successful loan signings.

Let's take a look at five loaned players who are hoping to make an impact on their parent club in the coming season (2021/2022).

Jesse Lingard, who was signed on loan from Manchester United in January, proved to be one of the season's best signings. He failed to make an appearance in the Premier League for Manchester United before joining West Ham.

Lingard's career was revitalized after joining the Hammers. In 13 Premier League appearances, he scored nine goals and added four assists, propelling David Moyes' side to fifth place in the Premier League. In April, he was also named Premier League Player of the Month and Goal of the Month

Manchester United manager Ole Gunnar Solskjaer revealed that he admires Jesse Lingard and would like to see him return to the club this summer.

Lingard will be hoping for a chance to show what he's got in pre-season and, if possible, a spot on the team next season.

Joe Willock started his football career as a member of Arsenal's youth team. In 2017, the kid earned his Arsenal debut, and he was frequently used in cup games.

Willock joined Newcastle on loan in January after failing to establish himself as a regular starter for Arsenal.

Many expected Steve Bruce to deploy the 21-year-old as a substitute, but he immediately had an effect on the club. In 14 games for Newcastle United, the midfielder scored 8 goals.

Willock was consistently good for the Magpies, scoring in seven straight league appearances, earning him the Premier League Player of the Month award for May.

In the coming season, he'll be attempting to replace the void left by Martin Odegarrd.

Marc Guehi shone brightly in South Wales. He clearly contributed to the backline's second-best defensive record in the country, averaging 1.7 tackles per game (one of the best for central defenders), and appears to be incredibly solid for a 20-year-old.

Guehi played 43 times for the Swans this season, keeping 18 clean sheets and earning plenty of praise in the process.

The Chelsea defender was a key member of Steve Cooper's Under-17 World Cup team, scoring in the final against Spain in 2017.

Before joining Swansea, he made two appearances for Chelsea.

Marc Guehi might fit in at Chelsea next season in a three-at-back setup, which requires at least five senior level center backs at the club.

The young center back is speedy, composed on the ball, and has a knack for making excellent interceptions.

He can learn a lot from Thiago Silva’s game.

Harvey Elliott believes he can provide another attacking option for Jurgen Klopp after announcing his decision to stay with Liverpool next season. "Next season, I'm going to go back hoping I can get in the team," he remarked on the Counter Attack podcast.

I've had this experience and feel prepared, and

I've already made 50 appearances, which is a lot for a teenager. "

"I am completely confident in my ability to go in and challenge myself." I'm looking forward to the fight and demonstrating to people that I'm a different player who is ready to play when needed."I'll have to put in a lot of effort and training, and if I get the chance, I'll have to seize it."

He was one of the final three nominees for the EFL Young Player of the Year Award, which was won by Michael Olise of Reading.

Oliver Skipp had an incredible season. The 20-year-old Tottenham Hotspur academy graduate spent the season on loan with Norwich City in the Championship, where he was a regular starter, helping the Canaries win the Championship and gain promotion to the Premier League.

The England U21 international is a technically skilled ball player who can also play as a holding or box-to-box midfielder. He is also tactically intelligent.

He was named to the PFA Championship Team of the Season for 2020-21, together with six other Norwich players.

"I believe he can be more than a footballer, he can be a future captain," Jose Mourinho stated of Skipp in January.

Will you also report Tsatsu to GLC as you did against Domini...
12 minutes ago