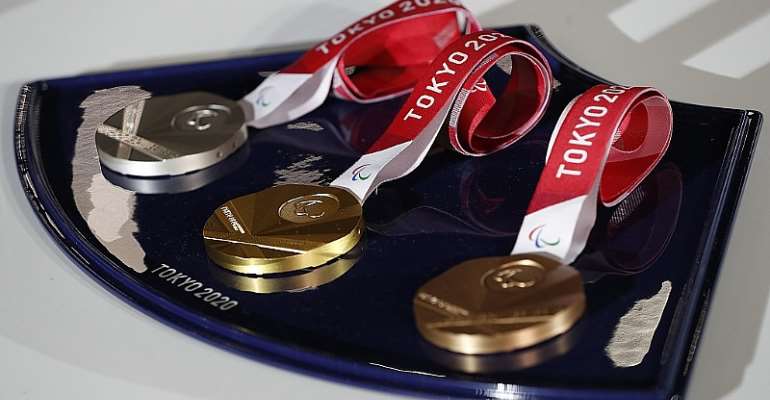 Organizers of Tokyo 2020 on Thursday marked the 50-day countdown to the opening of the Olympic Games by unveiling the items that will be used during the victory ceremonies.

Seiko Hashimoto, the president of the organizing committee, said at the unveiling ceremony held at the Ariake Arena, which will host the volleyball competitions, that the Games will take place despite the Japanese capital remaining in a state of emergency because of the COVID-19 pandemic.

"For athletes standing on the podium and for others watching them, I believe (the ceremonies) will allow us to realize the value of holding the Games during this time," said Hashimoto.

"We have 50 days," she said. "I feel like I can hear the footsteps of the athletes who will cross the sea and gather in Tokyo."

The items include the victory ceremony podiums, music and costumes that will be worn by medal tray bearers and those escorting athletes.

Organizers said that each item has been created with recycled materials and with "utmost consideration of sustainability."

The COVID-19 situation has become better in Japan since late May, with around 2,800 new cases reported on Thursday, including 508 from the Tokyo Metropolitan area.

"If various countries around the world experience very serious situations and delegations from most countries can't come, then we wouldn't be able to hold it," Hashimoto told the Nikkan Sports daily.

"But conversely, unless such a situation emerges, the Games will not be cancelled," she said.