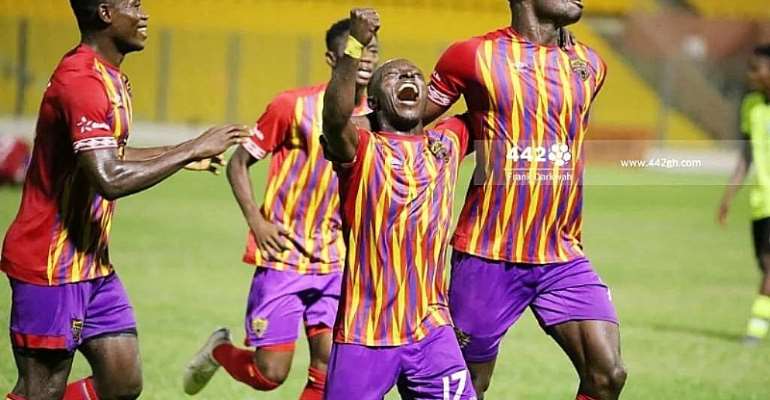 Hearts of Oak sits top of the Ghana Premier League table for the second week running following a 2-0 win against Berekum Chelsea on Sunday evening.

The Phobians have been in top for in the last few weeks and as a result are gearing closer to winning the 2020/2021 league title.

Taking on Berekum Chelsea at the Accra Sports Stadium today, Hearts of Oak have continued their outstanding form with another vital victory.

In a game played under floodlights in front of limited fans, Benjamin Afutu scored with a powerful header in the 9th minute to give the home team the lead after connecting to a well-taken corner kick by Ibrahim Salifu.

Later in the half, striker Kwadwo Obeng Jnr also equalized to double the lead for the host a minute before the half hour mark.

Dominating and dictating play throughout the remaining minutes of the match, Hearts of Oak managed to hold on to win 2-0 at the end of the 90 minutes.

The victory against Berekum Chelsea means Hearts of Oak finishes Matchday 27 of the Ghana Premier League as leaders.

The capital-based club is on 49 points, two ahead of the team in second, Asante Kotoko.