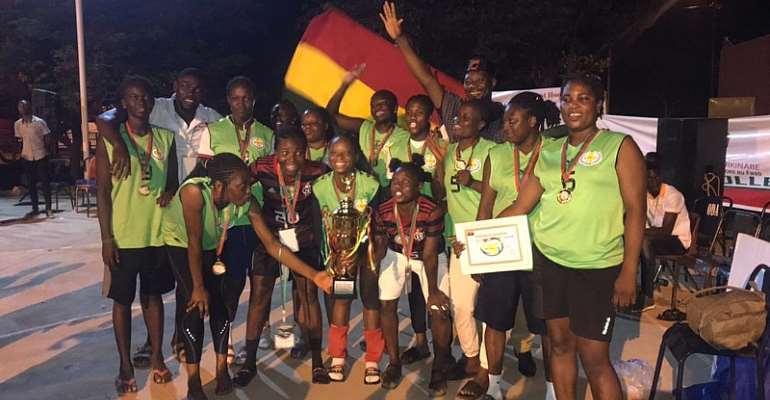 The Elwak Wings female team have been crowned Champions of the Sya International volleyball tournament following their outstanding display at the showpiece hosted in Burkina Faso.

The 1st Edition of the Sya International volleyball tournament was held from Tuesday, May 25, to Saturday, May 29, 2021.

The Male and Female teams of Elwak Wings represented Ghana at the invitational tournament that saw teams from 10 other African countries fighting for glory.

While the Elwak Wings male team suffered elimination at the group phase of the tournament, the female team progressed in impressive fashion to the knockout stage.

In a contest that thrilled spectators, the Ghanaian volleyball outfit thumped the opponent with a 3-1 win at the end of four sets to be crowned Champions.

On the individual awards front, Grace Dagadu was named the Best Player of the tournament and the best attacker as well.