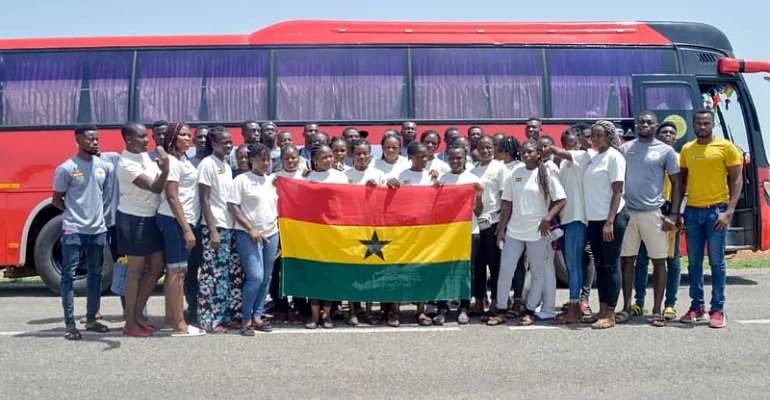 The Elwak wings male and female teams have safely arrived in Burkina Faso with officials to represent Ghana in a 10-nation Volleyball tournament.

The Ghanaian volleyball team based in Accra pitched a mini-camp in Wa over the weekend before finally traveling by land to Burkina Faso on Tuesday.

Before leaving though, both the Elwak Wings male and female teams featured in warm-up games at the Architectural and Engineering Services Limited Volleyball Court against their Wa Supreme Fingers counterparts.

Upon arrival on Tuesday night, Ghana’s representatives for the 10-nation tournament have settled in well and look forward to playing their opening matches.

The Elwak Wings female team will be in action this afternoon while the male team prepares for a first clash later in the night.

Takoradi 'azaaa' woman still in custody as she fails to meet...
28 minutes ago