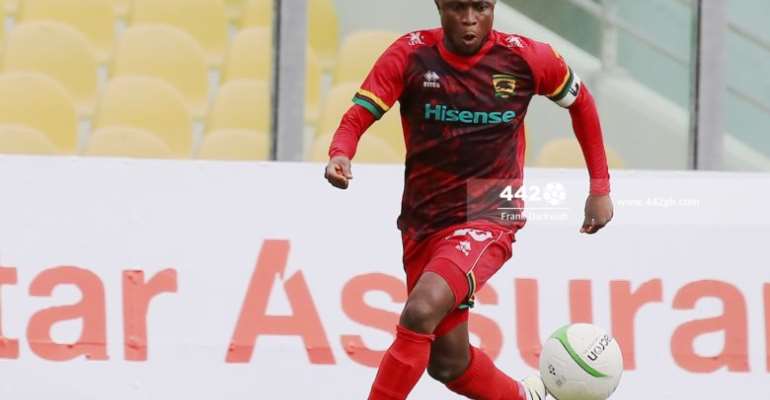 Asante Kotoko captain, Emmanuel Gyamfi believes his best game of the season was against Legon Cities.

The pacy midfielder has been criticized by some section of the fans but was impressive against the Royals in the matchday 22 game at the Accra Sports Stadium over the weekend.

Kotoko pipped Legon Cities by a lone goal with Augustine Okrah scoring on the 13th minute.

The defeat has sunk the Royals to the relegation zone with 23 points.

Gyamfi who was named the Man of The Match believes the tie was his best game of the season.

“I know I have been on my best forms this season but I know I will get there,” he said after the game.

“I will continue to work hard and this game against Legon Cities is the best game for me this season,” he added.

Asante Kotoko now sit 2nd on the league with 38 points.

Gyamfi and his teammates will be hoping to continue their fine form when they host Dreams FC at the Obuasi Len Clay Stadium in the matchday 23 games this weekend.

E/R: Police on manhunt for suspected robbers who escaped dur...
52 minutes ago