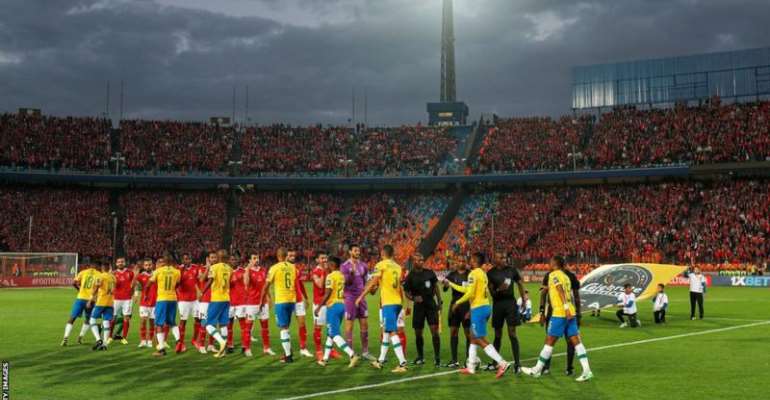 Friday's draw for the quarter-final stages of the African Champions League and the Confederation Cup has produced the tie that most football fans had hoped for.

Defending champions Al Ahly of Egypt and their South African coach will take on his former club Mamelodi Sundowns.

Mosimane led Ahly to that ninth title just weeks after taking over at the Egyptian giants to emulate the feat he achieved with Sundowns in 2016.

The draw may not be what Mosimane or his former assistants Manqoba Mngqithi and Rhulani Mokoena but for the rest of African football's enthusiasts it is already being much anticipated.

Holders Al Ahly against Mamelodi Sundowns will be the highlight of the four quarter-final ties to be played over successive weekends in May as they meet for a third successive time at this stage of the competition.

It has already led to a flurry of social media excitement and will give the Champions League a lot more credence and ensure a lot more interest in a South African market that has previously had a haughty view and somewhat apathetic attitude towards the continental club competitions and been slow over the last 25 years to warm to them.

Mosimane's eight years at the helm of Sundowns transformed the club from one with plenty of cash but faltering direction into a dominant domestic force, plus in 2016 Champions League winners. 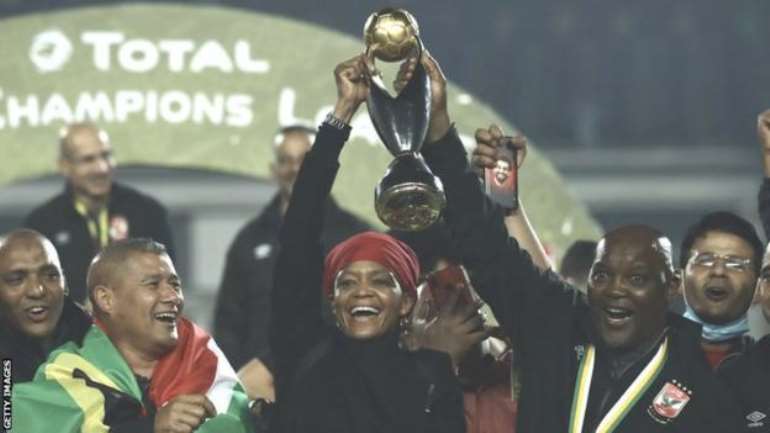 Since then, they have been regulars in the competition, creating another benchmark in April 2019 when they trashed Ahly 5-0 in Pretoria in a wondrous display of footballing skill that proved the pinnacle of Mosimane's reign, even if they succumbed to Wydad Casablanca in the next round.

It was the heaviest defeat in some 80 years for the Cairo giants and the manner of the quarter-final first leg victory marked Mosimane out as an exciting coach and elevated his status in African football.

But it still came as surprise when Al Ahly came calling for his services in September last year, after decades of employing coaches from Europe rather than other African countries. 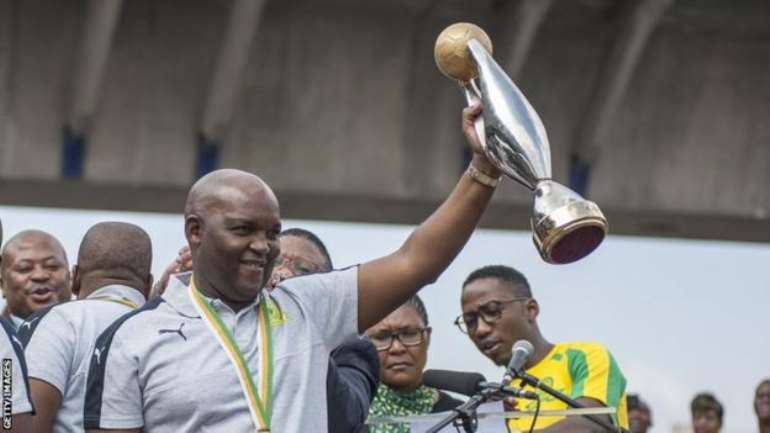 Before that Ahly gained revenge in the 2020 quarter-finals, just ahead of the outbreak of the global Covid-19 pandemic, by beating Mosimane and Sundowns 3-1 on aggregate.

By the time the rescheduled semi-finals were played in October, Mosimane had moved to Cairo and picked up a second Champions League winners' medal, even if he was only in charge of three games.

His departure saw his assistant Mngqithi and Mokoena named as co-coaches at Sundowns and the pair have exceeded expectations by securing top place in the group stage with two games still to play.

Mosimane will have the advantage of intimate knowledge of the strengths and weaknesses of the Sundowns' players - the squad has hardly changed since he left - but also a massive amount of pressure to win, not only from the Egyptians but also in South Africa where his reputation is at an all-time high.

He has just turned down an offer to return as national team coach.

His two former deputies will know how he thinks, and they have much to prove too, with their growing reputations and future prospects resting heavily on how they do against the Cairo giants.

Both coaching teams would surely have preferred to save such a head-to-head confrontation for July's final but fate has pitted them together sooner - and Africa waits with bated breath.