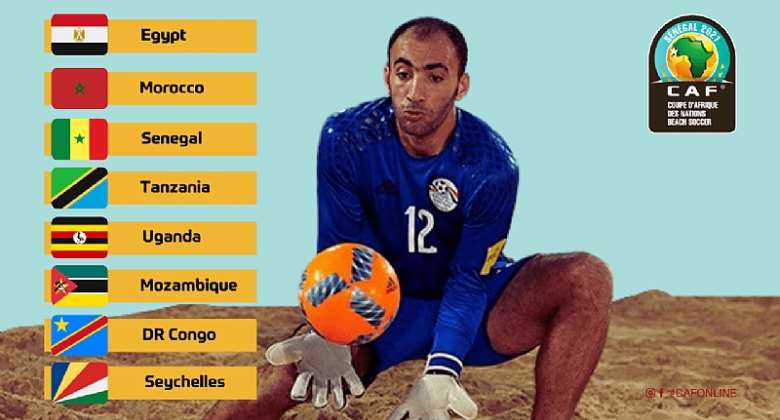 Madagascar has officially withdrawn from qualifying for the Beach Soccer Africa Cup of Nations scheduled for Senegal from May 23 to 30, 2021.

The withdrawal means that Seychelles, their opponents in the qualifiers, will now qualify for the final tournament.

The first seven qualified teams were already known, with two seeds: Senegal as host of the tournament and Egypt, the best-ranked team based on the results of the Beach Soccer AFCON, Egypt 2018.

Morocco, DR Congo and Uganda respectively benefited from the withdrawal of Libya, Côte d'Ivoire and Ghana from the qualifiers.

Mozambique and Tanzania defeated Comoros and Burundi respectively to secure their tickets for Senegal.

The doubleheader between Madagascar and Seychelles, initially scheduled for May 1 and 8, was to determine the eighth participating team. The cancellation of these two matches brings the qualifying round to a close and propels Seychelles directly towards Senegal.

This will be Seychelles' second participation in a Beach Soccer Africa Cup of Nations finals, after the very first edition that the archipelago hosted in 2015. The Piratesintend to make a better impression during this edition.

As a reminder, the draw for the competition will take place this Thursday, April 29, 2021, in Cairo, Egypt under the leadership of Khaled Nassar, Head of CAF Competitions. He will be assisted by legend Mohamed Fawzy, captain of the Egyptian Beach Soccer team.

The goalkeeper of the Pharaohshas played an important role in the performance of the Egyptians who finished third in the competition they organized on their land in 2018. Fawzy had also participated in the 2015 and 2016 editions of the Beach Soccer Africa Cup of Nations.